In the season finale of new CBS hit Ghosts, the haunted B&B contends with a Norse curse. Kaley Cuoco returns as a sober version of The Flight Attendant, enmeshed in new CIA intrigues. Star Trek: Picard encounters an FBI agent reminiscent of The X-Files. The Daily Show’s Jordan Klepper travels to “partly free” Hungary for clues to threats facing our own democracy.

I’m tempted to complain “Gone so soon?”, but the 18 episodes in the first season of this delightful hit comedy is as many as the original U.K. version has produced over three seasons. Quantity did not affect quality in this Americanized remake, an ensemble charmer that ends with Sam (Rose McIver) and Jay (Utkarsh Ambudkar) still on the cusp of opening the B&B in their haunted inherited estate. Two problems: their snooty neighbors (sitcom vet Mark-Linn Baker and Kathryn Greenwood) threaten to upstage the couple with their own inn, and Viking ghost Thorfinn (Devan Chandler Long) reveals he put a Norse curse on the project. The only way to reverse the curse could put Sam in an existential bind, while Revolutionary War ghost Isaac (Brandon Scott Jones) faces his own identity crisis as he prepares to open his heart to Redcoat ghost Nigel (John Hartman). I’m going to miss these colorful spirits until they return in the fall.

Emmy nominee Kaley Cuoco is back for a second season of the colorful caper comedy-mystery, which opens as flight attendant Cassie Bowden is about to celebrate her first full year of sobriety with her also-in-recovery hot photographer boyfriend (Star Trek: Picard’s Santiago Cabrera) and loyal brother (T.R. Knight) there for support. But it’s her side gig as a civilian CIA asset that could send her spiraling again. A routine surveillance assignment in Berlin goes sideways when Cassie defies “do not engage” orders, and while playing amateur spy, she begins to suspect there’s a lookalike pretending to be her. No longer haunted by the Season 1 ghost of a murder victim, she’s now seeing the drunk version of herself in her visions. That can’t be good.

Santiago Cabrera’s dashing character of pilot Cristobal Rios remains shipbound aboard La Sirena for this pivotal episode, during which his discovery about the Borg Queen currently possessing the body of Agnes Jurati (Alison Pill) causes more alarm among Picard’s (Patrick Stewart) team in 2024 Los Angeles. While scary Borg Agnes wreaks havoc, enlisting a new ally, Picard and Younger Guinan (Ito Aghayere) find themselves in the custody of an FBI agent (The Shield’s Jay Karnes) whose obsession with extraterrestrials recalls a certain X-Files icon. Meanwhile, the clock is ticking, and if they can’t succeed in getting Jean-Luc’s ancestor Renée Picard aboard the Europa, the future could be broken forever.

The title, The Daily Show with Trevor Noah Presents: Jordan Klepper Fingers the Globe—Hungary for Democracy, may be a mouthful, but few satirists are as bold, clever and far-reaching as Jordan Klepper, who heads to “partly free” authoritarian Hungary in the middle of their recent election, in which Putin ally Viktor Orban was re-elected as prime minister. Klepper’s goal: to explore with biting humor the similarities between that government’s crackdown on civil liberties and threats to our own democracy. 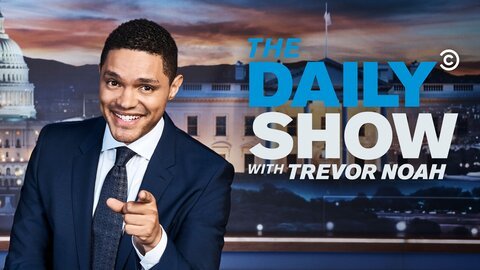 Another provocative episode of Donald Glover’s offbeat comedy finds bitter humor in rapper Paper Boi’s (Brian Tyree Henry) latest brush with the pitfalls of fame, when he’s invited to join a famous white designer’s Diversity Advisory Board after an incident of cultural appropriation. Elsewhere in London, Darius (LaKeith Stanfield) regrets introducing a PR maven to his favorite obscure Nigerian restaurant, and Earn (Glover) has an unexpected reunion that only adds to his sense of dislocation.