Agatha Christie’s 1934 mystery novel Why Didn’t They Ask Evans? takes its title from the last words of a dying man who’s plummeted from a cliff in Wales. Finding out what his strange question means sends vicar’s son Bobby Jones (Will Poulter) and his socialite friend Frankie Derwent (Lucy Boynton) on a dangerous journey in BritBox’s three-part limited series adapted and directed by House’s Hugh Laurie, who also plays Dr. James Nicholson, the head of a sanitorium.

Laurie had been talking to the folks in charge of Agatha Christie’s work about playing a role in an adaptation of The Murder of Roger Ackroyd when he brought up the idea of doing Evans. “I loved the juxtaposition of the mystery side of it and the comic verve of it — of these two young characters setting out on an adventure together,” Laurie tells TV Insider. “What begins as if it’s an adventure turns into something rather dark.” Meet the quirky title character of the amusing new series, which debuts on BritBox on February 8 with 10 episodes.

Poulter, who was part of the ensemble cast of Hulu’s Dopesick, took an immediate liking to the character of Bobby, a former naval officer adjusting to post-military life. “He’s far more talented, conscientious than I am,” Poulter says. “It’s always nice when you are given the opportunity to play a character that you really respect or you aspire to be like in real life.”

Boynton (Bohemian Rhapsody) felt similarly about Frankie, whose wealthy parents are played by Jim Broadbent and Emma Thompson. “The first thing she exhibits is this kind of electricity that is so rare to find in a person and in a character,” the actress says. “I kind of would love to be anything like her. She’s so bold and colorful.”

Watch the full interview with Laurie, Boynton, and Poulter above. 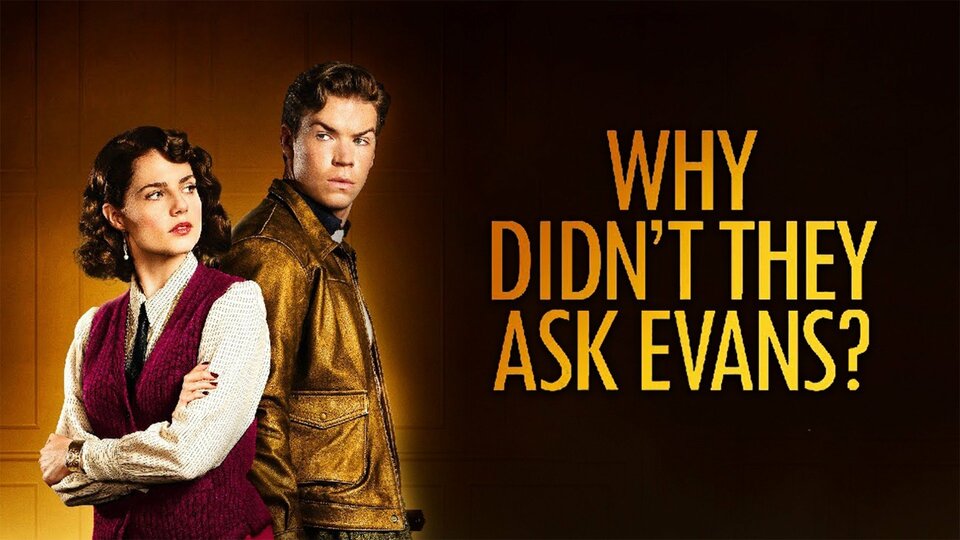 Why Didn’t They Ask Evans? where to stream