Law & Order guru Dick Wolf brings his knack for exploring the emotional impact of crime to this riveting docuseries.

Using actual video footage, text messages, and photos, Final Moments aims to “present an intimate portrait of a person’s life in the hours leading to their death,” says Jordana Hochman, who exec produces with Wolf. “The clues included in those last recorded moments are also paired with the various perspectives of loved ones and family members, who had their own personal final experiences with the victim.”

The series kicks off with back-to-back hours, starting with the disappearance of a New York man who vanished after days of filming himself spending time in the city. At 8/7c, the Twitter activity of a slain Virginia teen leads investigators to a video that holds the key to her killer’s identity. Surveillance film also figures in the case of an upcoming episode about 18-year-old Kelsey Smith, who dropped from sight after a shopping trip.

“These episodes center on individuals with vibrant personalities who were killed at a time when they had so much to look forward to in life,” says Hochman. “It’s a theme present throughout the series that makes the show so powerful.” 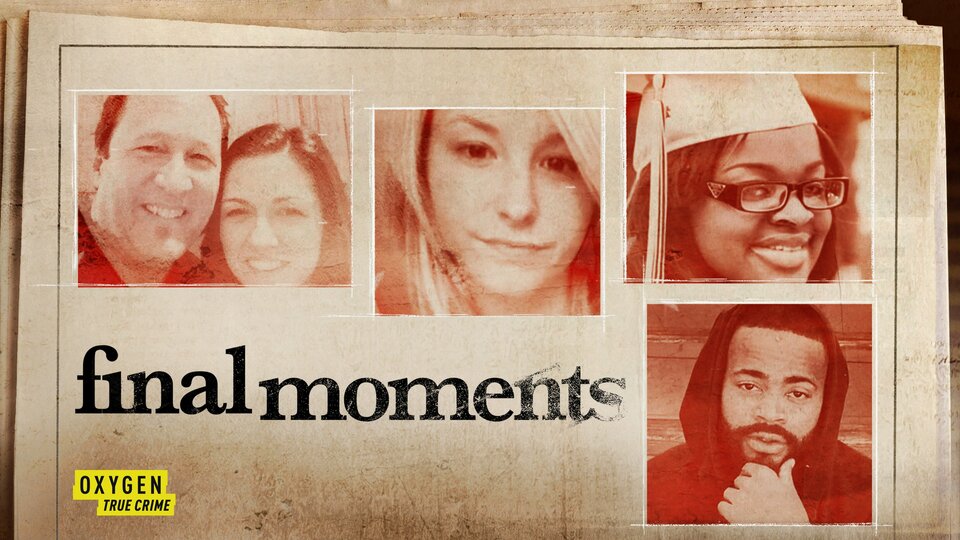 Final Moments where to stream