“This is like camping—it’s intense,” says Domino Masters host Eric Stonestreet. Pun aside, he’s not joking. The Modern Family Emmy winner fills us in. Plus, watch an exclusive sneak peek above of a full topple, narrated by Joe Buck, to see just what can be built using dominos.

What did you love about this show?

Eric Stonestreet: It’s this collision of fun and education, because there’s so much to learn about how everything works and then the fun of knocking it all down. We have people who have been doing this for 20 to 30 years. I didn’t consider just how invested I would get in them succeeding.

We didn’t expect to see the builders sweating!

It’s grueling, because they’re down on their hands and knees for 16 hours. The stamina that is required, and the emotion: You’re going to see a lot of inner-team drama. If you’re spending all of your time arguing over who’s going to do what, nothing gets done!

Get to know the hopeful trios looking to win it all ahead of the show’s premiere on March 9.

Modern Family fans will be happy to hear you lighten the mood by dressing as your clown persona, Fizbo.

There’s a circus-themed episode, and I said, “You know, I’ve always wanted to be a circus clown.” [The producers] were like, “Bring it on!” 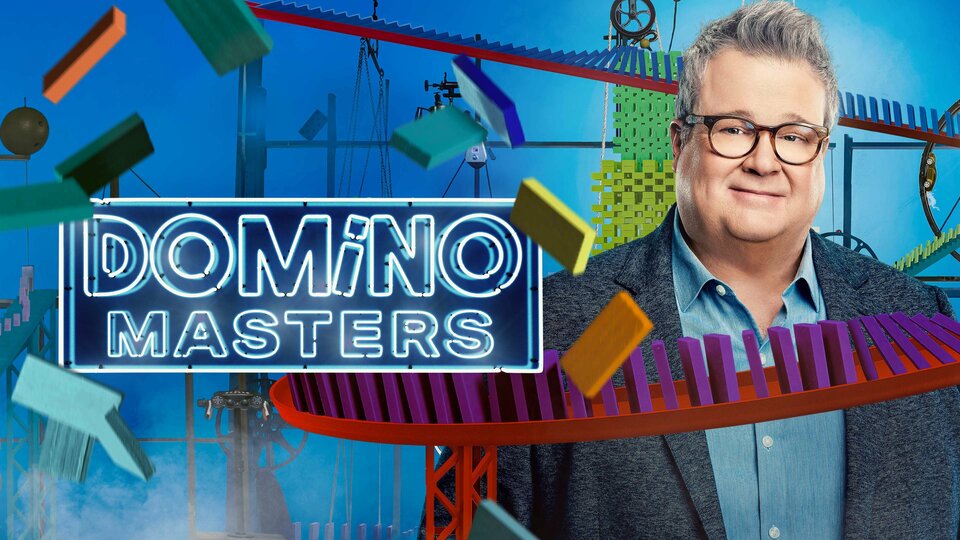 Domino Masters where to stream