Veteran actor Dean Stockwell, best known for his roles in the sci-fi series Quantum Leap and Battlestar Galactica, died on Sunday. He was 85.

According to representatives of the family, Stockwell passed away peacefully at home of natural causes. He is survived by his wife, Joy Stockwell, and their two children, Austin Stockwell and Sophie Stockwell.

Born in North Hollywood in 1936, Stockwell began his career as a child actor, appearing in films such as Anchors Aweigh (1945), The Green Years (1946), and Kim (1950). As a young adult, he starred in the 1957 Broadway and 1959 screen adaptations of Compulsion, and in 1962, he played Edmund Tyrone in the film version of Long Day’s Journey into Night, which earned him a Best Actor award at the Cannes Film Festival.

However, Stockwell is perhaps most known for his television work, where he played Admiral Al Calavicci opposite Scott Bakula in the NBC sci-fi series Quantum Leap. He appeared as the womanizing U.S. Navy rear admiral in all five seasons of the hit show between 1989 and 1993, picking up four Emmy nominations for his role.

His other TV credits include John Cavil in the Sci Fi Channel revival of Battlestar Galactica between 2004 and 2009, Senator Edward Sheffield in the legal drama JAG, Frank DiMeo in The Tony Danza Show, and Colonel Grat in Star Trek: Enterprise. His most recent TV work was an appearance in a 2014 episode of NCIS: New Orleans. 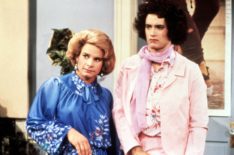 Stockwell retired from acting in 2015 and began making and exhibiting art around the United States under his full name, Robert Dean Stockwell.