Just like happened with a couple DC Universe shows in the past, HBO Max is becoming the new home for an EPIX series about a DC character.

At DC FanDome, HBO Max announced that Pennyworth, which aired its first two seasons on EPIX, will be moving to the streaming service. It will become a Max Original for its upcoming Season 3, set to be released in 2022. The first two seasons will be available to stream on HBO Max in early 2022.

Pennyworth is the DC origin story of Alfred Pennyworth (Jack Bannon), a former British SAS soldier who forms a security company in 1960s London. He then begins to work with young billionaire Thomas Wayne (Ben Aldridge) — before he becomes Bruce Wayne’s father. The 10-episode Season 3 will kick off with a five-year time jump, the official description reveals. “The civil war is over, and a cultural revolution has changed the world for better or worse — ushering in a new age of Super Heroes and Supervillains.” Plus, questions about the 'Leverage' reboot, 'Pennyworth's renewal chances, and more.

Pennyworth is based on DC characters created by Bob Kane with Bill Finger. The series from Warner Bros. Television is executive produced by Bruno Heller, Matthew Patnick, Danny Cannon, and John Stephens. It is produced in the UK at Warner Bros. Studios Leavesden.

Pennyworth isn’t the first DC show to make such a move; Doom Patrol, Titans, and Harley Quinn all originated on the streaming service DC Universe before moving over to HBO Max. 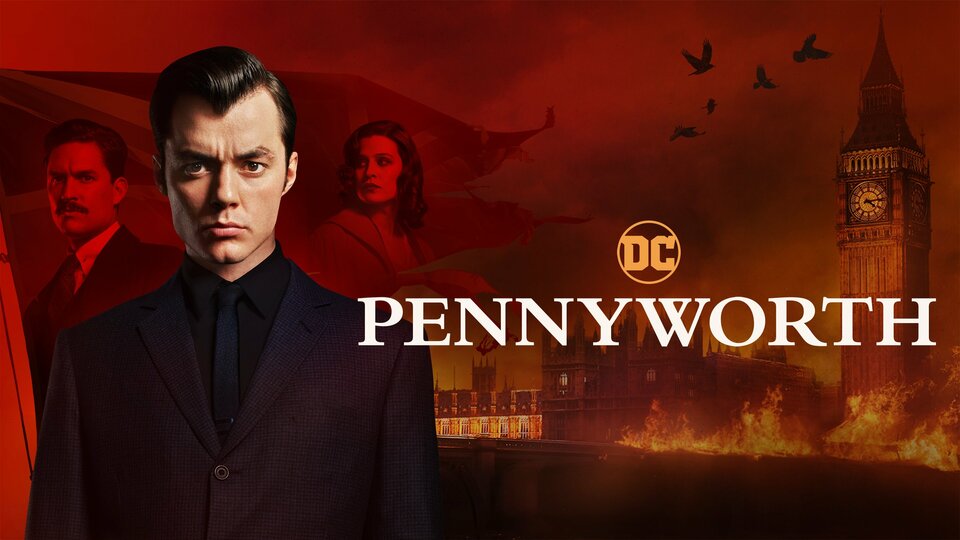