Following years of fan outcry, Netflix announced on September 3 that all episodes of the iconic teen drama Dawson’s Creek will be restored with the show’s original theme song, Paula Cole’s “I Don’t Want to Wait.” The tune served as the opening credits music during the show’s original run on The WB from 1998 to 2003.

After the series’ end, fans were angered when the theme song was changed to Jann Arden’s “Run Like Mad” for the show’s DVD boxed-set and streaming releases. Sony Pictures Television chose to drop the song due to rights issues, saving money by using Arden, whose music had previously been featured on the show.

Dawson’s Creek fans, I’m thrilled to announce that — at long last — you will hear Paula Cole’s iconic song I Don’t Want to Wait when you watch the opening credits! pic.twitter.com/quRggJQvn4

In an article published by HuffPost in 2018, Cole stated that she would be open to working with Sony on a deal to allow the song’s use on streaming. “Everyone keeps asking me, ‘Why won’t you let them have the song?’” Of course I would consider it! I’m right here! Come talk to me, Sony. Let’s negotiate,” she said. While the song has become synonymous with the series, it wasn’t even the creators’ first choice! Originally, Alanis Morissette’s “Hand in My Pocket” was used for the pilot opening credits, but she denied the network to use her song long-term. Executive producer Paul Stupin then chose “I Don’t Want to Wait” due to the network’s existing licensing with the song.

Stupin went on to praise the iconic theme in an interview with Billboard in 2018, stating, “I love that Paula Cole song, and it came out of a little bit of chaos, because we were getting closer and closer to an air date, and we did not have the song. And then when the network suggested, what about Paula Cole? It’s working so well in our promos. It just seemed like the right suggestion and the right idea at the right time.” 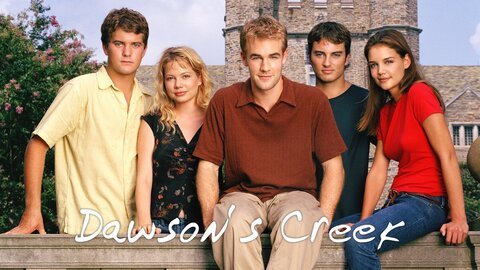