Like most of us, Yvette Nicole Brown loves to have fun with friends. So when she got the call came to play around on Celebrity Game Face, she was on board. Host and executive producer Kevin Hart returns for season 2 of the E! series that sees stars compete in over-the-top (and often ridiculous) challenges from the comfort of their home. All for points, bragging rights, money for charity, and oh yeah, the coveted (?) Hart of the Champion prize.

Brown links up with actor-musician Affion Crockett. They face couples Jason Biggs and wife Jenny Mollen and Skylar Astin and girlfriend Lisa Stelly. Here Brown reflects on her experience and reveals the one thing she has always wanted to do.

Have you watched the show before? Did you know what you were getting yourself into?

Yvette Ncole Brown: Yes. I actually watched the first season because I had a lot of friends that competed. I’m also friends with Kevin, so I always try to support whatever he is doing. I fully knew what I was getting myself into, but I still said yes.

How was it having Affion as your teammate?

Most people pick their partner or spouse. I live alone, except I care for my dad. But I don’t have anyone in here that can get into that gameplay. I thought about my friends and which one of them was super competitive and really funny and knows Kevin. Affion was a perfect choice.

You are given a box that comes with all the items for the challenges. Do you know how they’re being used before you start the game?

We have no idea. We shot over at Affion’s place. When I first get to his house, the first thing they do is set up all the cameras. They say, “Take this out and this out.” In some of the games, I could guess what it was going to be. Some of them I had no idea. They also put a few red herrings in there. There were things in the box we didn’t use. You couldn’t prepare for any of it because you didn’t know what you were going to do. We didn’t know how it would play out, but we totally took a peek.

What about your fellow contestants? Do you just see them when the light comes on? Or do you get time for a few days to talk crap?

I’m not a trash talker, except when it comes to bowling. I’m a bad trash talker for bowling. Not because I’m a good bowler, but that’s my sport to talk trash. I think we may have known a few days before. With Celebrity Game Face, you can’t really prepare though. You don’t know what someone’s skill set is because you don’t know what the games are. We’re in the Zoom age and a fun show like this is a result of that. One where you get to wear comfy clothes. Not a bad gig.

It’s not. When Kevin came up with this show, it was something for people to do while we were in quarantine. Everyone came up with wonderful things. D-Nice started “Club Quarantine” during quarantine. I live in tie-dye sweats anyway. It was kind of nice to roll out of bed and go over to Affion’s house and play a fun game and laugh with my friends for a couple of hours. It was really wonderful.

Do you remember the first time you met Kevin?

Kevin Hart and I started our careers together. We both did a pilot that became a series for ABC called The Big House in 2003. I had the blessing of working with him and have been rooting for him the entire time. He has not changed. He is still good, fun, decent, kind, and silly. That’s what was so much fun about coming back all these years later and getting to play with him for a couple of hours. He is a wonderful person.

Did you prefer the physical games or the more mental ones?

I’m not a very physical person. That was my biggest fear about doing Celebrity Game Face, I was afraid there would be a lot of running. Going up and down the stairs. Everyone that knows me knows exercise is not my thing. I was hoping to do more cerebral. I wanted to be at the table and work some things out. I got to do a little bit of that and some physical stuff. I think we did really well. I was impressed with myself.

Was there one game you enjoyed doing?

There aren’t ones that are that much fun. You’re either going to embarrass yourself or spill something on yourself or stretch your body in some way. But I did love the feeling of hanging with Affion and Kevin and the contestants. That was a fun afternoon. I’m so excited we are the first episode up. We’ve also seen you on Celebrity Wheel of Fortune. Any other shows you’ve always wanted to be on?

I’ve been blessed in my career. Celebrity Wheel of Fortune was something I never thought I would get the chance to be on. Being able to take that off the list was amazing. I guest co-hosted The View. I don’t even know what I can even dream of, except having my own sitcom. I really want to do my own multi-cam sitcom. That’s the show I hope is the one that sends me off to retirement.

Speaking of The View, a lot of fans were thinking you were joining the show after you tweeted about its new season. You were able to clear it up on Twitter, but how about that social media?

I love how Twitter and Instagram allow me to talk to people. If someone sends you a nice comment, I think it’s rude to not go, “Thank you, Julie.” I feel like it’s important, to be honest. When I posted that I can’t wait for the new season of The View, I’m a fan of The View. It wasn’t an announcement. I still live in L.A. They still shoot in New York. It was literally me celebrating 25 years of a show I love. People kind of ran with it.

And you get tweets from Community fans regularly. Where are we on that movie?

Come on, the movie is coming. I don’t know when so don’t make that the headline. Everyone wants to do it, so yeah let’s do it.

So, would you do Celebrity Game Face again?

I would love to do it again and absolutely do it with my birthday twin Affion again. I like that he sticks it to Kevin. That allows us to use a little gamesmanship on our side. 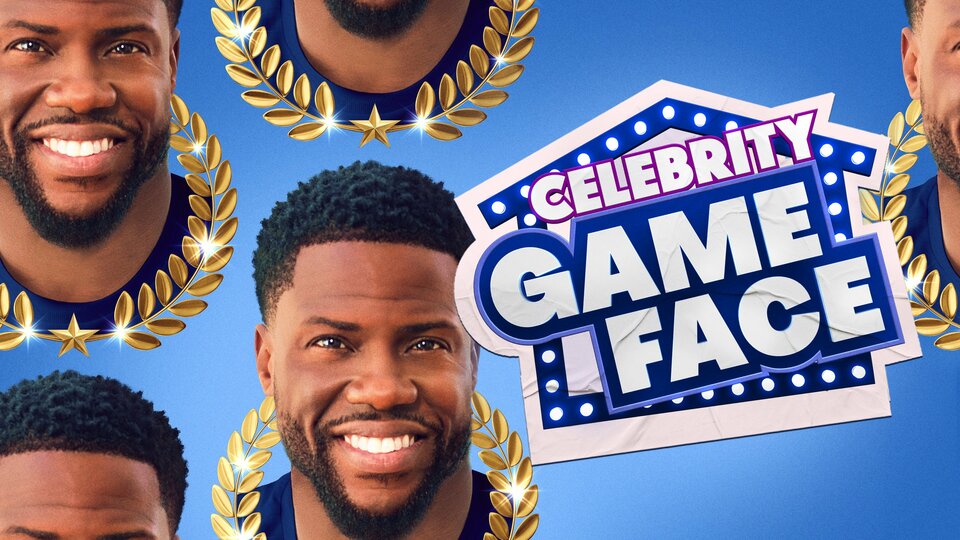 Celebrity Game Face where to stream