‘In Their Own Words’: Princess Diana Opens a Window to Her World in PBS Docuseries

If ever there were a worthy subject for the In Their Own Words series — which has previously profiled Muhammad Ali, Jim Henson, and Pope Francis — it’s Diana, the glamorous People’s Princess whose life was filled with so much strife. This moving, insightful documentary tells her story as one of both tragedy and triumph, recounting a troubled childhood and the doomed marriage of “Shy Di” and Prince Charles, but also celebrating all she achieved along the way.

Ahead of the Season 4 premiere, Walker talks Cassie’s struggles, filming those interrogation scenes, and why she doesn’t have a career plan.

Diana’s trials were numerous: Her parents went through a bitter divorce (teased in the exclusive sneak peek clip, below); she married a man who was in love with another woman, Camilla Parker Bowles; she suffered from depression and bulimia; and any sense of privacy disappeared once her association with the royal family began.

But as this film points out through interviews with both historians and those who knew her (among them biographer Andrew Morton and close friends James Colthurst, Stewart Pearce, and Debbie Frank), Diana used all that she went through to fuel her desire to help others. “I’m not a political figure. I’m a humanitarian figure, and always have been and always will be,” she says in the opening sequence. The film champions her causes, including her work to clear land mines, which has since been taken up by her younger son, Prince Harry. Footage showing her advocacy for AIDS victims is particularly touching — it feels good to relive her compassion as she shakes hands unreservedly. “HIV does not make people dangerous to know,” Diana declares at one point.

Quotes are used as a touchstone throughout, her words appearing onscreen to punctuate the milestones of her life. “I sometimes wonder what on earth have I gotten myself into” follows the seeming fairy tale of her July 29, 1981, wedding.

There is, of course, enough to dig into from Diana’s 36-year existence to fill several volumes — and admittedly, the hourlong In Their Own Words doesn’t very much distinguish itself from numerous other docs on the late Princess of Wales. The best anyone can do when telling her story is to humanize her, something this film is royally good at.

In Their Own Words, Sunday, August 8, 8/7c, PBS (check local listings at pbs.org) 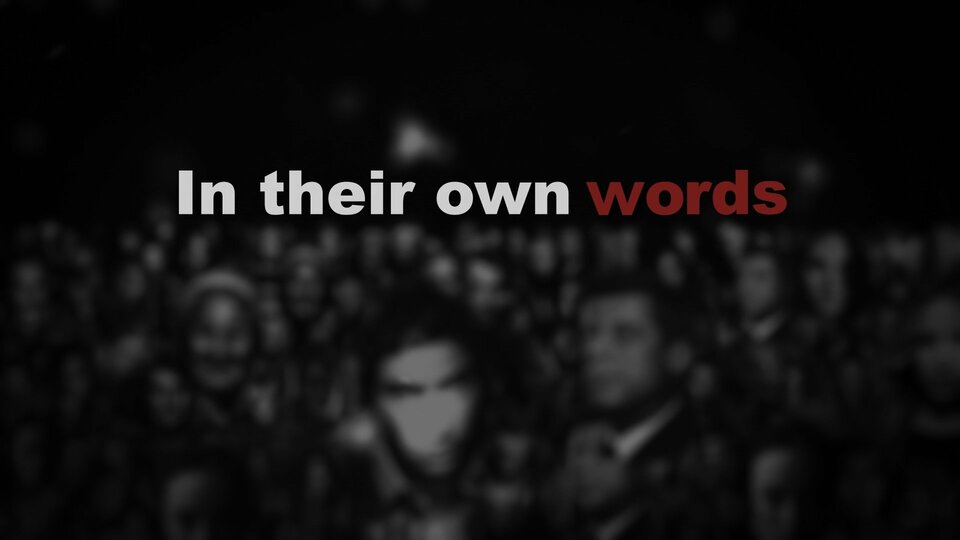 In Their Own Words where to stream

In Their Own Words