Not only does her status of one of today’s top young supermodels undoubtedly give her a keen sense of fashion, but at just 23, Hadid is already a designer herself (her TOMMYXGIGI line with Tommy Hilfiger earned her the honor for Best Design Debut at The Daily Front Row’s third annual Fashion Los Angeles Awards.) As the face of Project Runway, Hadid would bring a fresh perspective on what’s in and what’s out.

Fresh off of the No. 1 spot on The Hollywood Reporter’s Top TV Personalities chart, Banks knows how to run a show – we already know that from her 22 seasons as the host of America’s Next Top Model, and now as the host of America’s Got Talent. Could Project Runway be Banks’ next big career move? That could depend on how much spare time her AGT duties will leave her.

A style icon since she first broke out as a teen, people all over the world look to Gomez for their own fashion inspiration. Now, as a designer for her own COACH X Selena Gomez line, Gomez has never been more in-tune with her own personal style, and she’s ready to be the judge of others’. She’s set to voice a character in the upcoming film The Voyage of Doctor Dolittle, and appear in Jim Jarmusch’s film The Dead Don’t Die, but she could make time for Project Runway.

Young as she may be, Zendaya knows how to make a statement. In 2016, she released a clothing line that was at times androgynous and gender-fluid, and other times super-feminine, but always fashion-forward and unique. As if that alone didn’t give her the credentials to take on Project Runway as a host, Zendaya already appeared on the show as a Season 15 finale guest judge – and nailed it. The problem is that Zendaya already has a few films lined up for 2019, so her availability is pending.

Maybe it’s wishful thinking, but just the thought of the million-megawatt star power Lopez would bring to Project Runway has us wishing the show was returning tonight. There’s rarely a time when Lopez doesn’t seem booked up, but she doesn’t have any films in production for next year (at least, not ones that are publicly announced). But if she takes her Vegas show on the road, her schedule would most likely be too tight.

He’s got the big name that Project Runway is most likely looking for — and has had his own menswear line, Sean John, since the late ’90s! Perhaps P. Diddy would answer many Runway fans’ desire to add more menswear challenges to the show… for that alone, I’d be pulling for him!

Arguably the most commercially-successful Project Runway alum of all time, Season 4 champ Christian Siriano boasts an impressive list of celebrity clients, from Emily Blunt, to Solange Knowles to Taylor Swift. Siriano has the personality to keep the show exciting, and, as someone who knows from personal experience exactly the journey that the contestants are on, could be a great mentor.

West’s clothing line is not for everyone, but there’s no doubt he has the vision, and the over-the-top personality, to make for great TV moments. Earlier this year, West announced plans to add an architecture branch to the Yeezy label, and he’ll most likely be busy over the next few months with his album release, but you never know if he’s setting aside time behind the scenes. Fingers crossed!

With a reputation for being “pop culture’s most irreverent designer” and “fashion’s last rebel,” Scott would bring a whole lot of color, and maybe some of his celebrity friends (Nicki Minaj, Lady Gaga, Madonna, just to name a few) on to the show. How could “fashion’s equivalent of Andy Warhol” disappoint?

Perhaps another stretch, but considering he is a living legend in the fashion industry, it’s obvious why Project Runway would be lucky to have Jacobs on board. He isn’t huge on hosting, but his calm-but-witty persona in interviews would make him an interesting counterpart to the energy that, say, Jennifer Lopez or Tyra Banks would bring. It’s safe to assume Jacobs is busy with an ever-flourishing career, but one can dream, right?

One of TV’s favorite duos is out!

Following longtime Project Runway hosts Heidi Klum and Tim Gunn’s announcement that they will be stepping down after 16 seasons, fans are wondering who has what it takes to pick up where they left off and “make it work.”

The list of qualified hosts goes on and on, but based on the person’s past experience, potential for memorable TV moments, and current schedule, there are some candidates. Click through the gallery above for our top 10 picks for the coveted roles! 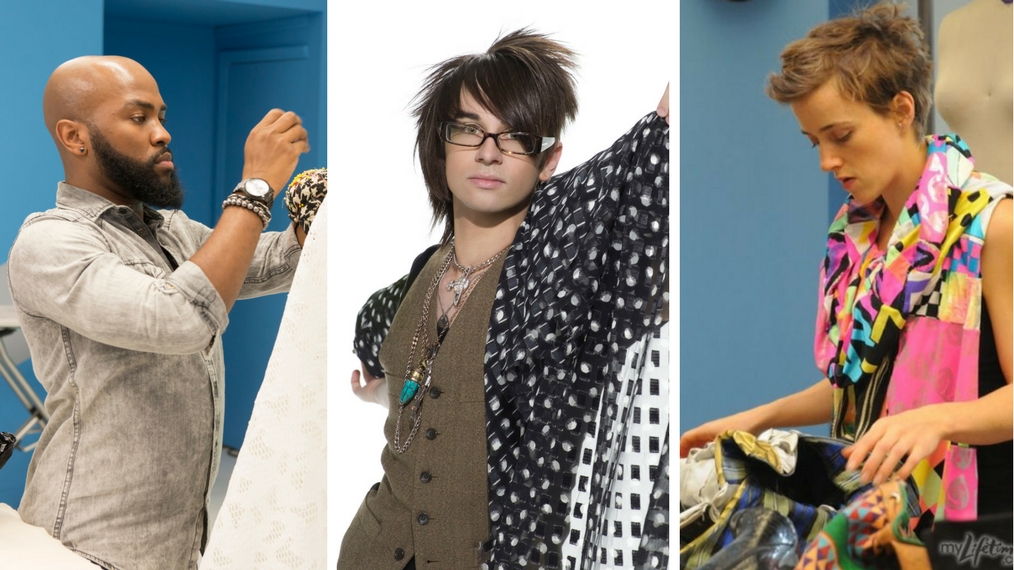 'Project Runway' is nothing if not dramatic, but these contestants take the cake when it comes to theatrics.