We're very close to finding out the winner of America's Got Talent Season 14.

Over two weeks of semifinals, 22 contenders performed in hopes that America would vote for them to advance. With only five moving on each week, even a top act was at risk of not making it through.

Here, we've compiled who did and didn't make the cut. 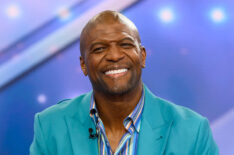 The host and judges have made their picks, and with Season 14 live shows, it's time for viewers to vote.

Click through the gallery above to see Season 14's finalists.