[Warning: The below contains MAJOR spoilers for the 9-1-1: Lone Star Season 2 finale “Dust to Dust.”]

The 126 starts the 9-1-1: Lone Star Season 2 finale separated — their house is still a wreck following the arsonist case — but do come together for a pretty epic rescue in the middle of a dust storm.

Meanwhile, Captain Owen Strand (Rob Lowe) is presented with a job opportunity: take over as Austin’s next Deputy Fire Chief when the current one retires. He turns it down, but Billy Tyson (Billy Burke) accepts the position — and has some really bad news for the 126 at finale’s end. The firehouse is being shut down — as a result of Owen‘s “very persuasive report” about the financial crisis coming the department’s way. But hey, since Billy’s not technically deputy chief yet, Owen can react as he’d like: by punching him in the face.

TV Insider spoke with showrunner Tim Minear to find out what’s next.

Is Owen regretting not taking over as deputy chief?

Tim Minear: I think he’s regretting letting Billy do an end run around. 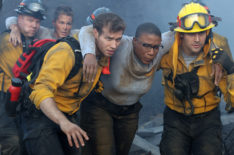 It looked like Billy was going to be the bad guy a couple episodes back in the arson case, but it turns out he’s a much more personal villain. What can you preview about how the 126 is going to fight back to keep their house open?

Was what we saw in the finale with them at separate houses a preview of what we’ll see when the new season begins, but maybe more separated? Looking at Owen’s health, would you say he’s as in the clear as he has ever been? How is that going to affect his mental state?

I think that he felt a little bit unmoored after his ex-wife left and he found out that in fact, he was not going to be a new father again. He’s got a little bit of a depression going on. I don’t think that that is just something that you magically wave away. But I think maybe one of the best things that could happen to Owen is going up against Billy and having to fight to put his team back together. That gives him a sense of purpose. That is the kind of thing that is going to bring out the best of him.

How much are you planning on having Billy around? I love the scenes with those two.

I do, too. It’s so funny because when I asked Billy Burke to come back this year, we were talking about the serial arsonist story. And for a while, Billy was going to be the arsonist. It’s just how you figure out a story. You have all these different possibilities and what’s the answer to it? Billy called me, and I didn’t have any scripts. I told him, “This is what I’m thinking. This is what I would like to do.” And he said, “Do I die?” At that time I said, “Yes, there’s going to be a big heroic death for Billy. And he’s going to help Owen take down the arsonist and everyone will have suspected it was Billy, but it won’t have been and he’s going to die.” Then he asked me not to kill him. It’s not like he was saying he wouldn’t do it, but he’s like, “You’re bringing me in to kill me.” At that moment I realized, “Well, I guess I don’t need to kill him.” That was the moment where I got the idea that he could come back in the finale and be the new deputy chief and just throw a giant wrench into the works. Because I do love those characters together. And I think Billy is such a great character because I really like him and every time you feel like you can finally trust the guy, he’ll turn around and do something morally ambiguous. I love that.

[Paramedic captain] Tommy [Vega, played by Gina Torres] is staying put, but she’s in the middle of her hardest fight yet at home. How are we going to see her continue to grieve while being a single mother and continuing to kill it as paramedic captain?

It’s what you just said. It’s all those things. That to me was one of the reasons to go down this road with her, to just give Gina just great opportunities for stories, navigating what it’s like to be a widow at such a young age with such young kids. She’s still going to be a working mom. What does that mean? We’ll probably meet some support system from her own family. She’s going to have to figure it out. She’s going to have to figure out if she wants to start dating again. All these things are down the road, obviously.

There’s a great movie called Men Don’t Leave with a friend of mine, Jessica Lange. It’s just a heartbreaking and yet affirming movie from Paul Brickman. He directed Risky Business and I think it’s the only other movie he ever directed. But I always found the story of a woman who thought she was in the early middle part of her life and she had her future planned out and suddenly everything is taken away and she has to adjust to that. That to me is a very interesting story. I just have one of the best actors on television to help me tell that story, and it’s Gina. T.K. Strand (Ronen Rubinstein) and [Officer] Carlos [Reyes, played by Rafael Silva] are very stable at the end of the season. When are we getting a wedding?

There could be a wedding in their future, but I’m not sure it’s going to be right away. When you’re an addict, the moment you start to get very comfortable and feel like you’ve got things under control is when things can be the most dangerous. There’s just a lot that can go on there. [T.K.’s] sobriety is something that he’s always going to have to protect. And there’s a lot that we don’t know about Carlos yet. There’s a lot to explore. Just don’t expect things to be a straight line with those guys.

T.K. is staying as a paramedic, right? With Tommy and Nancy [Brianna Baker]?

[Firefighter] Judd [Ryder, played by Jim Parrack] and [9-1-1 dispatcher] Grace [Sierra McClain] are going to be parents soon. What can we expect from that, especially in terms of conversations they’ll have about balancing their work and home lives?

Hopefully, you’ll get to see all of it. [With Lone Star returning in January 2022], we have to figure out what is the time that has elapsed? Is it going to be real-time in the real world? Because I don’t necessarily want to miss out on Grace’s pregnancy. I don’t want to just come back and necessarily have missed it all. We’re still sort of figuring out just logistically how much of that we’re going to see. 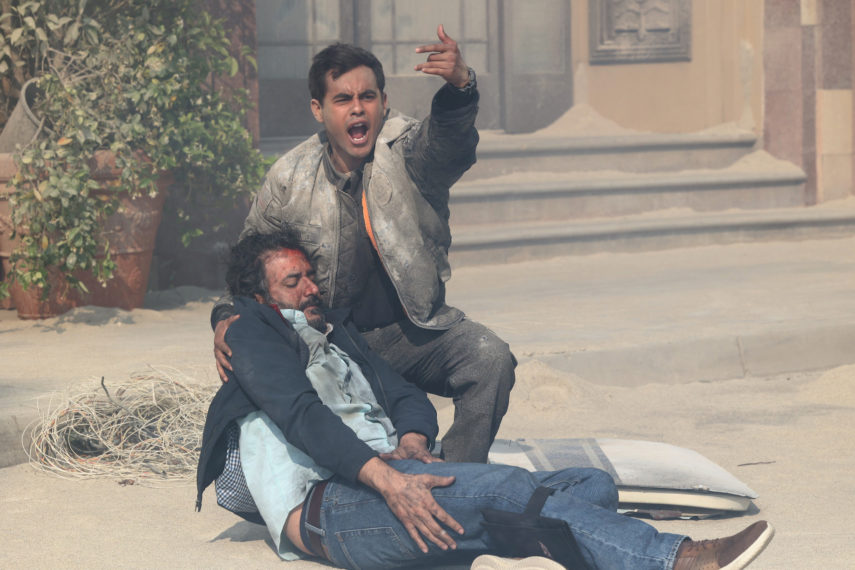 With Mateo [Julian Works] no longer the probie, is there going to be an addition to the firehouse next season?

Maybe? I don’t know. It’s tricky just servicing the cast that I have that I don’t necessarily want to overcrowd things because I want everybody to have cool stuff to do.