‘Chicago P.D’s Season 8 Finale Is Their Version of ‘Everybody’s in the Fire at the End’

The penultimate episode of Chicago P.D. Season 8 ended with one of Intelligence’s own, Officer Kim Burgess (Marina Squerciati), attacked while the unit and the rest of the CPD were conducting a major raid on a crime ring. But, as series star LaRoyce Hawkins (who plays Officer Kevin Atwater) warns TV Insider, she’s not the only member of the unit we need to be worried about as we head into the finale.

“Everybody’s going to be looking forward to seeing who’s still alive, who’s still around,” Hawkins says of how the finale will set up next season. (P.D. has been renewed through Season 10.) “Naturally, it feels like Burgess is in the most danger, but that might not be the case. Burgess might honestly be the safest because of the danger she was in. [Because of] the decisions made because of the way [Episode] 15 left us, you don’t know who you have to worry about.”

The star also shares a behind-the-scenes moment from a key Burzek scene and discusses Burgess as a mom.

“It’s honestly our version of a Chicago Fire finale when everybody’s in the fire at the end of the episode,” he continues. “And you just don’t really know who’s coming out of the fire by the time we get to Season 9.”

What we do know is we should expect a somewhat divided Intelligence in “The Other Side” as everyone deals with recent events differently. “You’re going to see some people in Intelligence on one side of progress: ‘We got to keep our heads down and do the right thing.’ You’re going to see some people on the other side of progress where they say, ‘Nah, we just got to kick doors down and get it done,'” Hawkins says. “Nobody’s wrong.”

Looking ahead, Hawkins hopes for some happiness in his character’s life. (His luck with love hasn’t been the best; his only love interest is in prison.) We’ve watched how he’s navigated race and police reform this season. 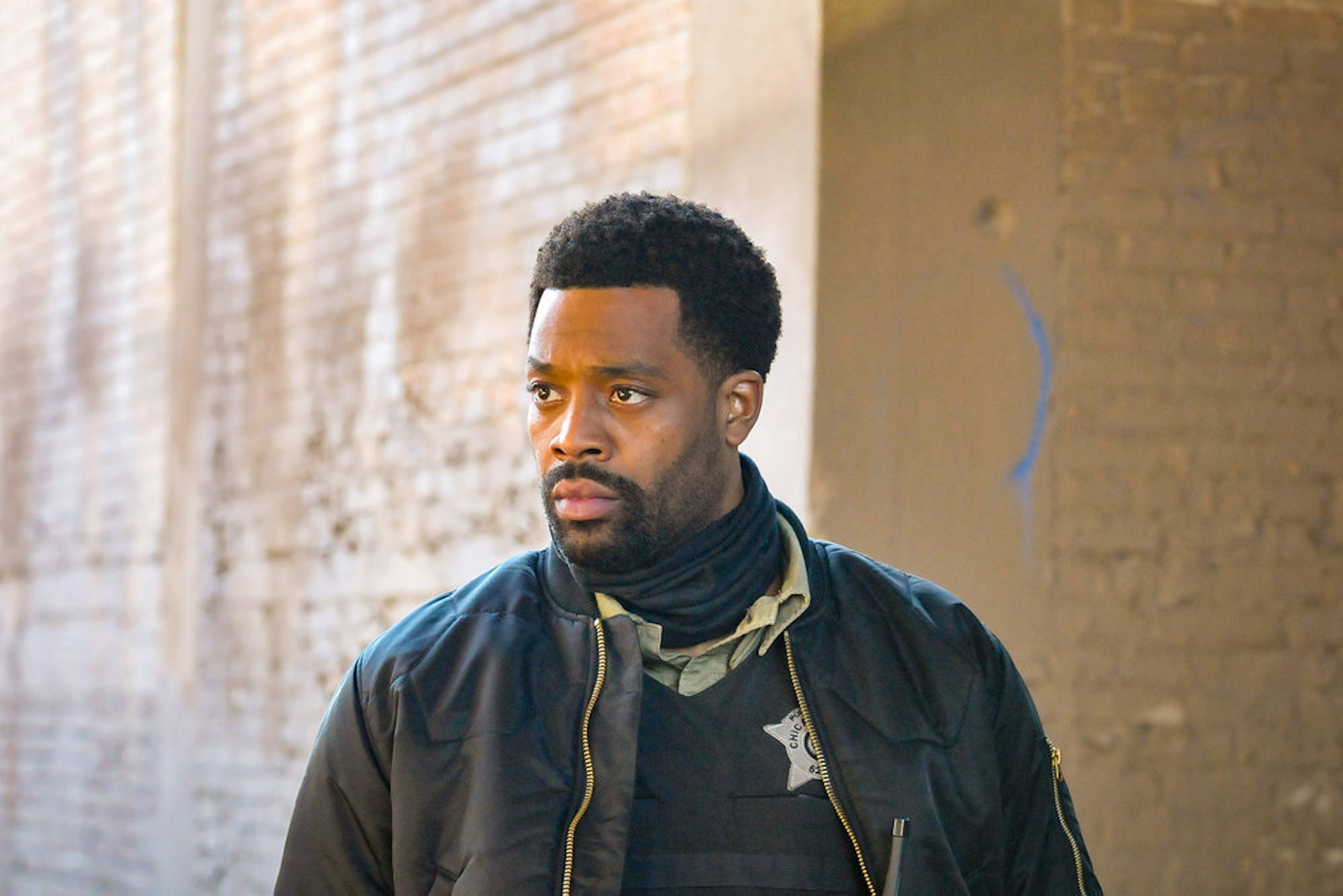 “I hope we feel like he’s done a good job. I know he’s definitely done his best,” he says. “He’s going to put the same passion, energy, and enthusiasm into how he navigates romance if he’s given an opportunity. I’m looking forward to it if that’s what’s coming because I do think that balance is necessary, especially for this character at this point. I think it’s been long enough, and we want to see how he gets through it.”