How much can happen in a 24-hour period? The three-part Irish drama, Death & Nightingales — a 2018 adaptation of Eugene McCabe’s devastating novel — endeavors to find out as forces collide on Beth Winters’ 23rd birthday to form a perfect storm. Disaster seems all but inevitable.

It’s 1885 in the north of Ireland, and Beth Winters (The Nevers’ Ann Skelly) is preparing to leave both the family farm and her Protestant landowner stepfather, Billy (an appropriately terrifying Matthew Rhys), forever. Her grave and poetic inner monologue gives voice to her unhappiness. Her plan: to run away with her lover, Irish independence radical Liam Ward (a charming Jamie Dornan). From shooting challenges to a scary swan, and cast secrets.

The first two episodes are a slow burn as events are set in motion. Rumors fly about Liam’s intentions being nefarious. Dark Winters family secrets come out, primarily involving Beth’s complicated relationship with her volatile widower stepdad. Billy gets pulled into the drama surrounding Liam’s trouble with the law. And, as is usually the case, money — specifically, gold — is at the center of everything.

When the time finally arrives, in Episode 3, for Beth to make her escape, viewers are rewarded with an hour of nonstop action — everything that’s been building produces one shocker after another. Even the smallest details from earlier become hugely important in this climax. The social landscape of the time only adds to the tension, and the series does an excellent job of delving into it. English Protestants clash with Irish Catholics, and Beth, a product of both, finds herself caught directly in the middle of the conflict, whether she knows it or not. Confined to the heartbreakingly beautiful County Fermanagh countryside where she grew up, Beth has a naiveté that often hinders her efforts to break free.

With very few options, Beth soon finds herself boxed in, and Death & Nightingales functions as an allegory on how women of the era were trapped by a society that decided everything for them. Striving for her own power and independence, Beth gets us to root for her every step of the bleak and wildly twisted way. 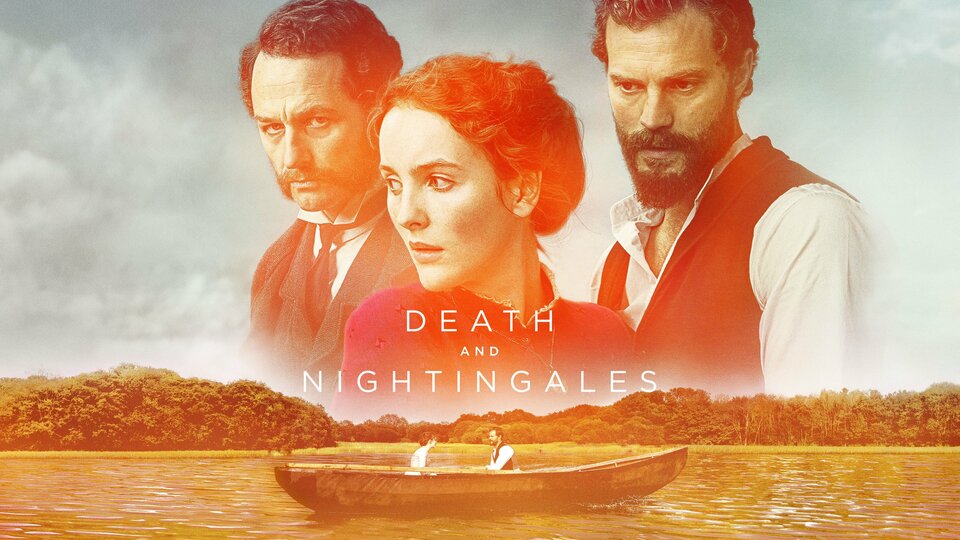 Death & Nightingales where to stream