As Wipeout‘s obstacle course from hell throws those Big Balls at a new batch of teams, we threw a few questions at WWE icon John Cena about cohosting the reboot with the riotous Nicole Byer (Nailed It!) and about how he’d fare on the playing field.

You’ve done a lot of hosting, from the Nickelodeon Kids’ Choice Awards to Saturday Night Live. What do you bring to this gig?

John Cena: I think the most important thing is understanding your purpose in a project. Wipeout is bigger and better. Nicole’s got a wonderful sense of humor and is just so sharp. All I have to do is move the show from one bit to another. 'Wipeout' Returns 'Bigger, Bolder, Edgier' — and Funnier, Thanks to Its New Hosts

Creator and executive producer Matt Kunitz opens up about what's new and the same (the Big Balls, of course).

You and Nicole are a great pairing. The energy that the two of you share is so diametrically opposed that it works perfectly.

Well, thank you very much. I think, taking in the totality of Wipe Out, it would be wrong of me to let Nicole go to work without using all the tools available to her. Her funniest self is her authentic self. I really appreciate the comparison and I think you’re dead on. We both have different styles, but it’s the difference that makes it work well.

How much of this is actually improvised?

To keep the show moving on as the host of any show, there has to be some sort of fabric, some sort of spine. So picture a host of an awards show using a teleprompter, but then when those moments happen that you’re allowed to go and just be in the moment, I think that’s where someone like Nicole shines. And she can take those elements and just be herself and enjoy those. And once again, I’m kind of the voice of reason that keeps us getting back to the $25,000 prize. Contestants are hitting things at angles that humans don’t normally hit things. You’ve taken those kinds of falls and hits. When you’re watching them on the course, are you’re like, “Ooh, they’ll feel that tomorrow”?

Oh, certainly. And not only that, I think everyone jumps to the conclusion that WWE is fake. Here we’re on a game show where people take falls and viewers can see that they’re taking the falls just as people can see what we’re doing in the WWE. So hopefully, maybe a show like this will give people a greater understanding of the risks that WWE Superstars [take] to entertain an audience. It’s very much the same thing that Wipeout competitors are doing on the course. They’re risking it all, taking some pretty unbelievable spills. And they’re all trying to get to that finish line.

Do you give contestants any pro tips on how to take a hit?

You just have to let them go for it. I think anyone who puts their name in the pool, so to speak, knows what they’re getting into. And we did have contestants who were very well-versed in Wipeout who may or may not have practiced at home. [Laughs]

The course feels much bigger, more expansive this time.

It is. They actually got themselves an enormous piece of workable land and they went for it. I think they started with, “We’ve got to go big.” The show had such a successful run in the first version that they really needed to change it up. Step One was to make the course big and loud and crazy. And they did extremely well with that. [Laughs] Did you attempt the course?

Anyone you’d like to see on a celebrity Wipeout?

It would take two seconds to scan social media to see who’s posting fitness stories, [put] them on teams, and see who wipes out. I’d be in that group…but I wouldn’t want to run. So I’d be someone’s worst teammate.

But you’re a damn good cheerleader. Your social media is so positive, your new book, Be a Work in Progress, is inspiring.

Once again, thank you. On Instagram, I wanted to curate the feeling of a digital art gallery by not adding captions and letting people ask “What is he really thinking?” A lot of the social media information is just put in front of you and you don’t have to think because it’s all there. With Twitter, about four years ago, I began to open up the doors to look at me in the mirror and started using Twitter as a form for that.

Just as I began to get more vulnerable — the first messages out there were about self-love because I was going through a period where I didn’t feel that — the people who connected to that message were the BTS Army because right then BTS was putting out albums like “Love Yourself.” I really thank BTS for putting out that message, and the BTS Army for supporting me.

Social media is such an argumentative forum, so I’m glad other people are encouraged by it. 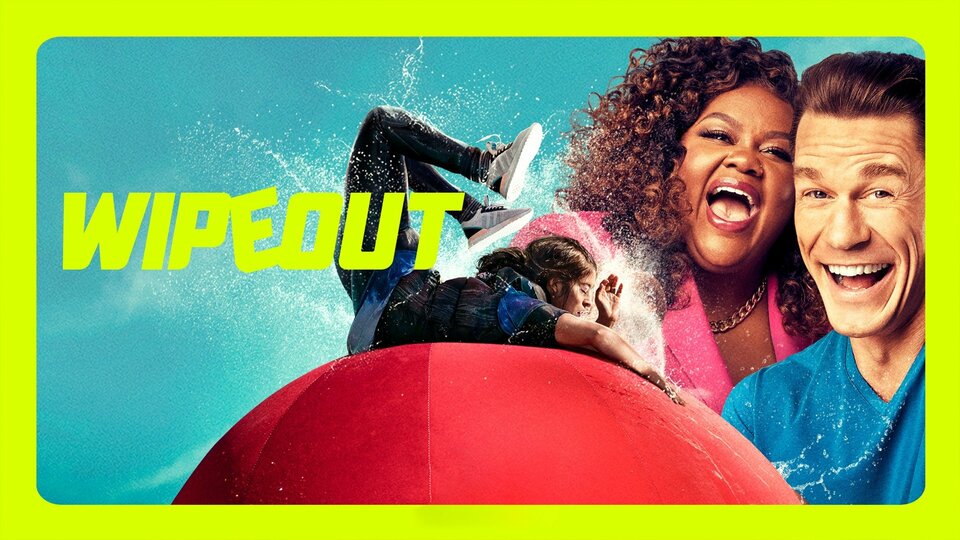 Wipeout where to stream