‘The Masked Singer’: Why the Russian Dolls Are the Most Interesting Twist of Season 5

[Warning: The below contains MAJOR spoilers for Season 5, Episode 3 of The Masked Singer, “Group A Wildcard Round – Enter The Wildcards!”]

We’re only three episodes in, and The Masked Singer Season 5 has quite a few twists already — Kermit the Frog was the Snail! There are Wildcards! Cluedle-doo offers more hints about the contestants! — but it’s the Russian Dolls that have caught and kept our attention above all the others. 'I don't get called cute so often,' the unmasked celebrity says after taking the stage in a costume that can only be described as that.

The costume was introduced as a single person, but, as is fitting for a nesting doll, there’s much more to it than initially presented. Fox even released a sneak peek revealing a second Doll before the premiere aired. And both performances thus far have featured surprises for the judges: the first brought out the second singer, while the second, in the March 24 episode, a third person joined them on the stage.

That leaves it nearly impossible to guess just who’s performing. Will a fourth member be revealed the next time they perform? (The “conversation” Cluedle-doo revealed teases there is one, so it’s very likely there is.) Will a fifth join later on? (The graphic for the nesting dolls when prompting viewers to guess who’s inside did show five, as seen in the screenshot below. Does that mean anything?)

In the fifth season, especially as some of the celebrities are somewhat easy to guess, this twist makes it fun to try to figure out who’s in the costume. It also means that they’re likely going to be sticking around because the uncertainty makes them so intriguing and fun to watch (and they won’t be eliminated until all members pop up). It makes it about more than just the performance.

On the other hand, the latest episode introduced the Wildcard Rounds, new masked celebrities competing to earn a spot in the group going forward. We met Orca, who is continuing on after Raccoon was eliminated. But other than when they’re entering the season, there’s nothing else new about the Wildcards. 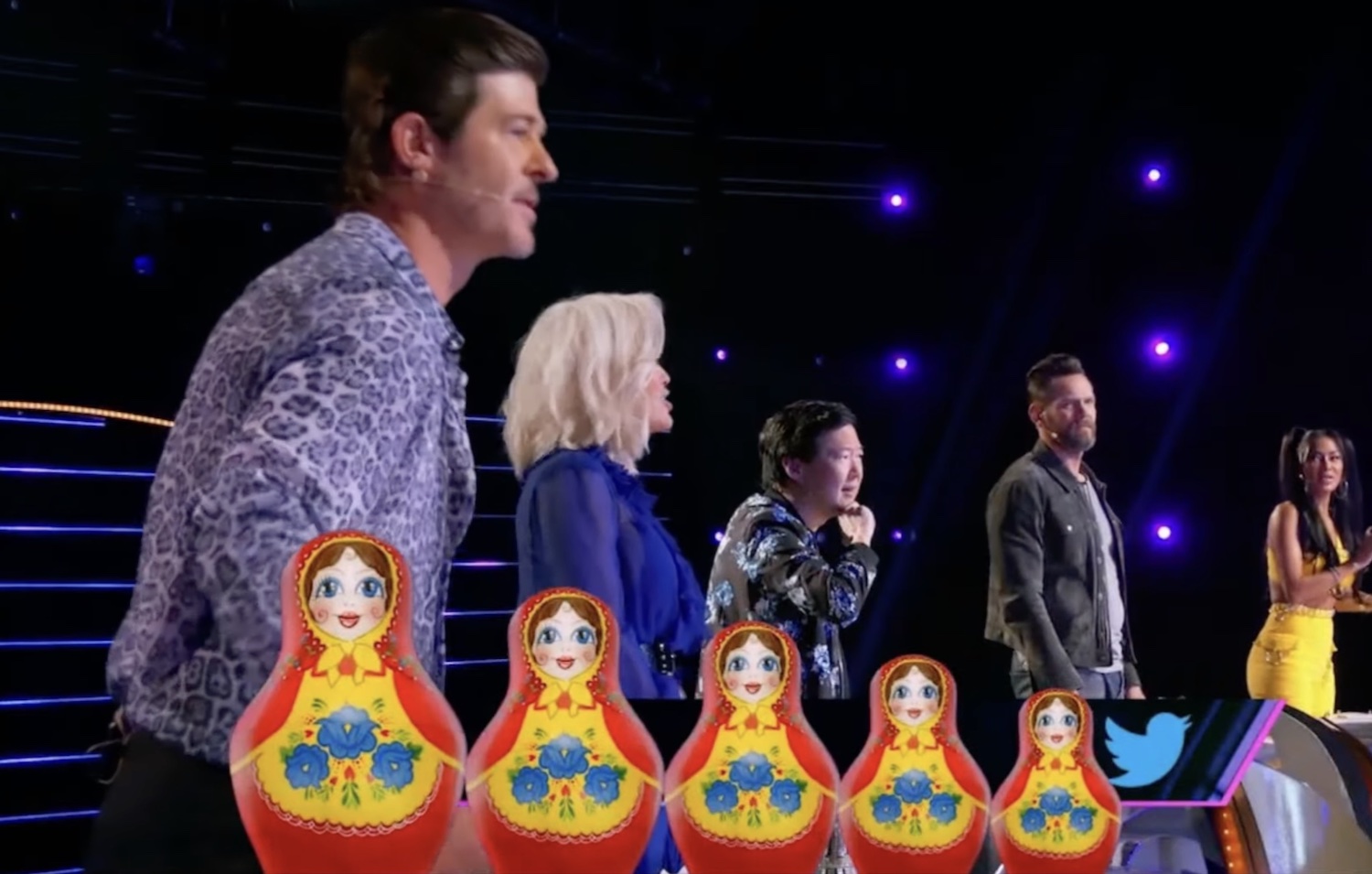 And while we do look forward to finding out which celebrity is Cluedle-doo giving out clues, there’s nothing special about that addition either, at least not yet.

So bring on the surprises when it comes to the Russian Dolls. They have not disappointed thus far.