The first season of the new extreme talent competition Go-Big Show on TBS has been, well, extremely off the wall.

Judges Snoop Dogg, Rosario Dawson, Jennifer Nettles, and Cody Rhodes have witnessed foot archers, monster truck stuntmen, snake masters, sword swallowers, mentalists, and a whole lot of fire. But when the dust settles, there can be only one champion taking home $100,000. ‘Top Chef’ Turns 15: Where Are All the Standout Cheftestants Now?

See how the Bravo show boosted the culinary trajectories of Carla Hall, Kristen Kish, and other alums.

We take a look at the four finalists, below, one of who will get to hear their name called out by host Bert Kreischer. Tomas Garcilazo proved to be more than a one-trick pony early in the series when he rode standing atop a horse while impressively maneuvering his rope. His rope-wrangling artistry mixed with awe-inspiring riding skills earned a 91 and a standing ovation from the judges.

Tomas took it a step further in Round 2 with a tribute to his Mexican culture and Día de Muertos. The almost mystical presentation featured him on his horse moving in sync with a female dancer in sugar skull makeup. It was quite the visual, and left enough of a lasting impression for a score of 93 and a slot in the finals. Clearly, he’s made the transition from rodeo circuit to the big stage. Andrew Stanton didn’t just slide a sword down his mouth — he connected it to hooks under his eyes, holstered a judge (Rosario) to the other side and lifted the actress off the ground. If that weren’t enough, you can watch the YouTube clip of him taking Snoop outside so the judge could watch him hop into a pool and swim with a sword down his throat.

Andrew had the same 95 score as illusionist Scott Anderson, who won over judges performing with his daughter — a coin flip broke the tie in favor of Andrew. This America’s Got Talent alum (Season 5) did not want to leave the next round to chance. Andrew jammed three swords down his throat that got dislodged when he threw a rope attached to a weight. The real showstopper: He dangled in the air with only a sword to prevent him from falling to the ground. The unbelievable act scored a show-high 98. Tulga has the most reality competition appearances out of the bunch. Not only did he take part in season 12 of America’s Got Talent, but he went on to tackle AGT in France, Australia, Germany, and Czechoslovakia.

The Mongolian strongman put all that experience on full display as he spun a big, heavy log on his shoulders. Oh, by the way, Rosario and Jennifer were sitting in swings on each end. Tulga built on his 94 score in the next matchup, where he balanced a flaming 100-pound log on his shoulders, then took it to another level by spinning the fiery log with his mouth. A 95 score brought him into the finale. One has to wonder if things are just heating up. Kurtis Downs got Snoop up on his feet, bowing in appreciation, after a death-defying ride down a giant — and steep — ramp on what looked to be the world’s tiniest motorbike. The rapper was so impressed, he and Cody had to walk up the ladder to the top of the ramp to check out the view for the second jump. Snoop said, “This is probably the highest I’ve ever been, which is saying something.” Kurtis earned a 96 score.

The next round saw the early standout pull out tricks midair on a bicycle and then in a whiskey barrel. All translated to a 97. Despite the high scores, the BMXer — who also competed in the X Games and is known for touring with Nitro Circus — almost didn’t make it to the finals: The judges voted him in to the “wild card” fourth spot. 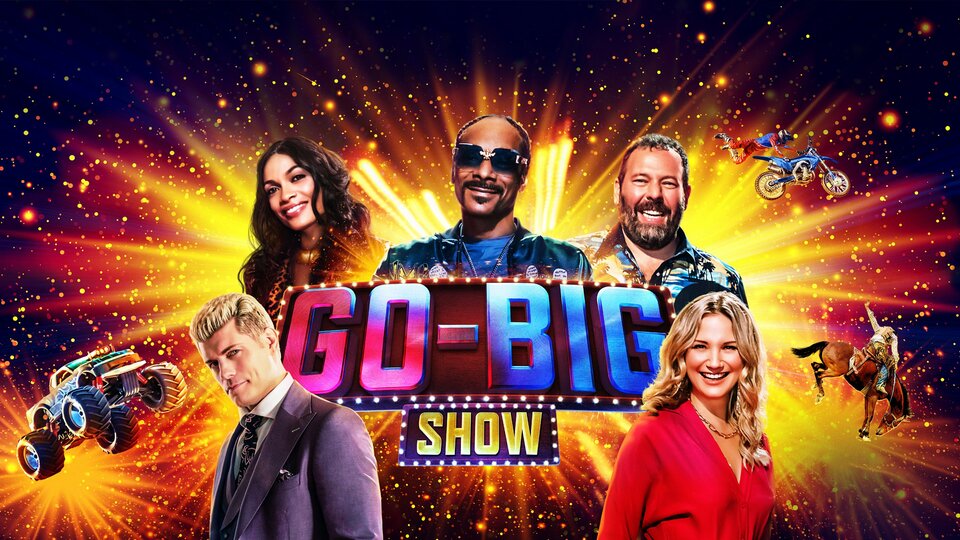 Go-Big Show where to stream