In the episode, “Tug Tanner and Tommy Arondall agree to call a high school football game in order to ‘get tape’ and prove that they are just as worthy of big time sportscasting opportunities as their more famous, more successful athlete peers,” Dewey previews. “Their plan derails when the young players start to ridicule them, pushing Tug and Tommy to seek revenge.”

“For us, the big thrill of shooting this episode was seeing how eager all of the real pro athletes were to embrace their inner actors,” he adds. “And—forgive the sports metaphor—they knocked it out of the park. With these athletes’ participation, we were able to blend fantasy and reality in a way that makes this show stand out.”

Watch an exclusive clip as Briggs and Burress throw a little shade at Tug, much to his chagrin. 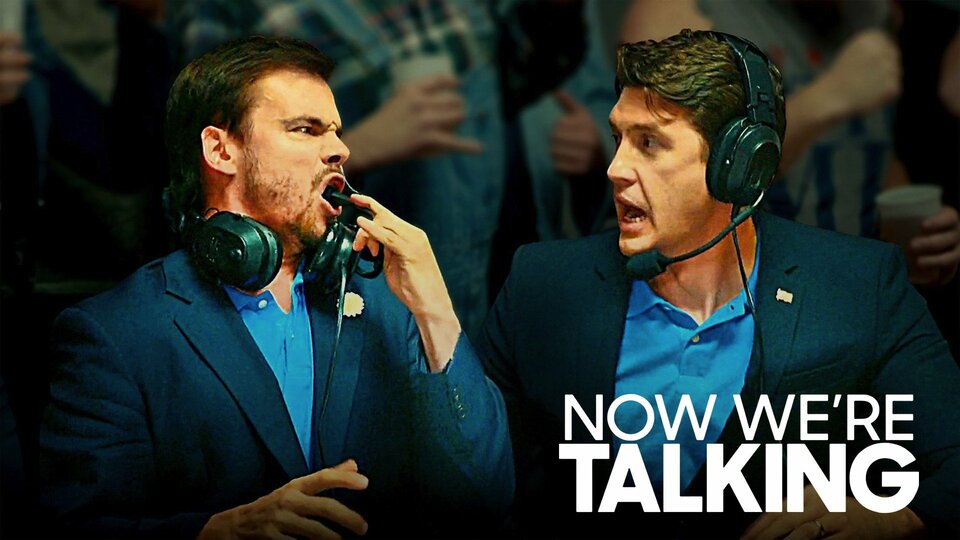 Now We're Talking where to stream