A heart-wrenching search for answers is captured in the four-part docuseries Murder on Middle Beach (premiering November 15 on HBO). It follows Madison Hamburg down the proverbial rabbit hole as he tries to find out who killed his mother, Barbara, on March 3, 2010.

The violent murder, ruled as “blunt force trauma and sharp force injury,” sent shockwaves through the upper middle-class town of Madison, Connecticut. The case has run cold, but that didn’t stop Hamburg, who spent eight years investigating everyone who could be involved—including his own family. These interviews resulted in troubling revelations and a fair share of finger-pointing. The twentysomething director opened a Pandora’s box filled with scandal, corruption, pyramid schemes and everything in between.

Here, he reflects on what became a soul-searching journey and how he feels about the project reaching audiences.

At what point did this idea morph from a film school project into something more?

Madison Hamburg: When my mom died, I was a drug addict. I was addicted to opioids. When it was time for fight or flight, I didn’t necessarily choose flight. I was suppressing and running from this life without my mom. After a year off, I went back to school and didn’t really tell anybody what had happened to me because I didn’t want it to define me. I was in a documentary class and had this thing happen to me. I didn’t think it would be a school project; it felt like a means to create something to uncover what happened and who my mom was. After the first interview, I knew this wasn’t going to be just a 10-minute thing. We actually didn’t turn in an assignment. We turned in a trailer for what this would be. My professor basically made me promise not to ever stop working on this. In return, he would give me an A.

How did the documentary make its way to HBO?

I was basically orphaned when my mom died. I didn’t have a relationship with my dad and turned to faculty and people I worked with as surrogate parents. It was this village approach helping me become who I am. After graduating I was getting some amazing opportunities at the college. I went to the Savannah College of Art and Design, and through an artist residency and alumni program we shot the majority of our master interviews with my collaborators I met at school.

We amassed 160 hours of footage. I had developed a bunch of mentors and started reaching out thinking how to make something more out of this. My uncle’s longtime friend when he was an actor in New York was Ron [Nyswaner], who is actually a longtime collaborator of Jonathan Demme, a great screenwriter who wrote Philadelphia. My uncle reconnected with him through a mutual friend. [My] 15-minute conversation with him turned into several hours. He called his producing partner Neda Armian, who called me back the next day. [She said] I was being flown out to L.A. and that we were going to do this the right way: “Jonathan Demme changed my life with one phone call, and that’s what I want to do for you.”

That’s quite a statement.

I went to L.A. and lived on my best friend’s couch with his cat. We turned 160 hours into a pitch deck and 10-minute teaser. From the offset, I wanted the story to be different from true crime; I didn’t want it to be a true crime story or hold those conventions. When I came back to school, it was hard to tell people what had happened to me because there is this connotation that comes with my mother being murdered.

I was hoping through the film to change that, or take a step toward a different connotation, which is the unresolved grief and lingering distrust and navigating all that while telling the story of a murder from a human perspective and familial perspective. It wasn’t the easiest pitch in the world, as you might imagine. We had this amazing pitch with [executive producer] Lisa Heller at HBO. Thank god she saw the potential impact of a story like this and how we wanted to tell it. They’ve been the best partner I could have asked for.

A Beginner’s Guide to Nordic Noir: 7 Series to Stream

'[Scandinavia] is unique in its ability to deliver a compellingly dark thriller. They've mastered that art better than anywhere else in the world.'

This is such a personal story. What is the relationship with your family now as you get closer to the airdate? Have a lot of them seen it already?

Thank you for asking, because that’s a really important conflict that I think is underrepresented with documentaries. I knew this documentary was going to be inherently exposing vulnerabilities. There was no way around it. This can be twisted and manipulated. There is no way around this feeling of exploitation. I think what was really important to me was bringing up the conflict of my family members being in public view, these intimate vulnerable moments with them and really wanting to resolve the conflict between them, as well as my own internal conflict about what happened to my mom.

My family and I have done private screenings, which was so necessary for me. We had a chance to understand why certain things are in and things are out and things we didn’t have time for. I think going into this everyone agreed to make the sacrifice because we want answers. There is this greater mission. If the film doesn’t solve the case, then the film becomes a tool in that regard. I’ve never been closer to my sister. Doing this film I’ve learned to understand my mom on a level that I didn’t before. I got to know Barbara. The complexities and the grayness and all the things she was protecting me from. I have grown to empathize with many of my family members in that regard because I explored their relationship with my mom as well. I think we’ve never been closer. This story unfolds over four chapters, digging deeper into your mom’s history from different angles.

We’ve had over 200 shoot days and over a thousand hours of footage. I think it’s necessary to have limitations. I say “limitations,” but I’ve been given this amazing opportunity and been incredibly lucky throughout the process in terms of being able to find this stage. It was really difficult even to narrow it down to four-and-a-half hours because I could do this forever. I have this subjectivity to it as the filmmaker; I’m the son, the nephew, the brother. There is the investigator and filmmaker that unfolds in the film as well. Madison Hamburg hugging his aunt, Conway Beach, at the spot his mother was found murdered. (HBO)

In October, you were granted access to Madison Police Department files regarding your mom’s murder. As you sift through more than 1,600 documents, are there plans to possibly add another installment of the documentary?

There is much more to tell, for sure. It’s too early to talk about, though, and give any specifics about an update. But the transparency with the case files is extremely relieving. I’ve been spending eight years trying to piece together people’s eight-year-old memories and pieces of evidence that are left and excavated. I’m literally excavating an archeological site of my mom’s murder. Even the house she lived in looks different, which is crazy.

All the time, effort and sacrifice you put into this project… What are your emotions as the premiere approaches?

I didn’t want the murder to define me. I felt this documentary was my chance to define it. I am terrified and more worried about my family’s vulnerabilities than my own. I think there is a sense of relief that I get to share this eight-year long double life I’ve been leading with the world. I do think there is a sense of relief in that I figured out who I am from looking into what happened to my mom. I know what I want to do with my life. I hope this can be a means to do some good in the world and change people’s perceptions over headlines around murder and crimes like this. 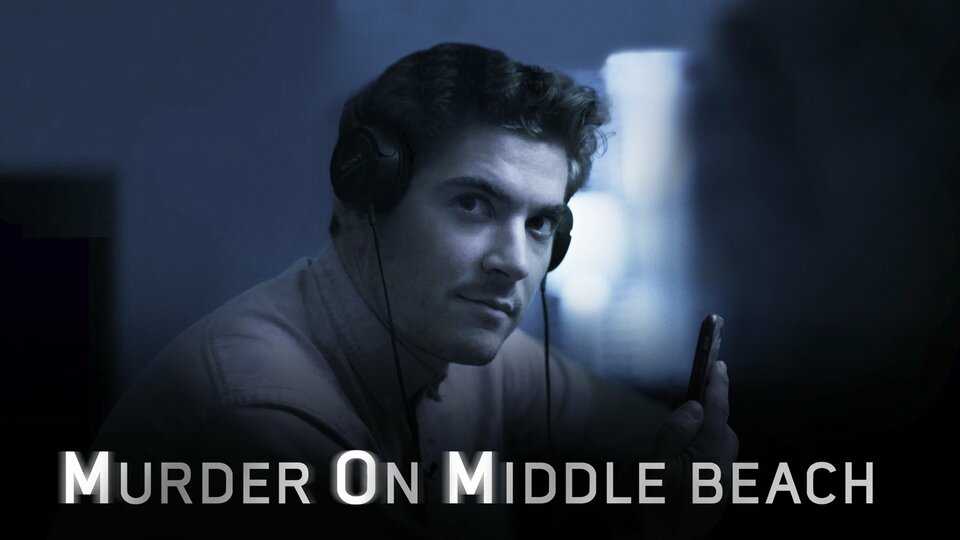 Murder on Middle Beach where to stream