‘The Undoing’ Episode 3: The Murder Mystery Deepens as a New Suspect Is Found (RECAP)

[Warning: The recap below contains spoilers for The Undoing Season 1, Episode 3, “Do No Harm.”]

How much do you ever really know someone? That’s the question at the center of this week’s episode of HBO drama The Undoing, as Grace (Nicole Kidman) and Henry (Noah Jupe) deal with the fallout of Jonathan’s (Hugh Grant) arrest and arraignment. The distraught mother and son are forced to contemplate whether the man they knew as a caring husband and father is capable of murder. Is it possible that Jonathan is a monster? The answer isn’t as simple as one might initially assume, despite the seemingly insurmountable evidence against him.

Grace’s immediate reaction is to wipe her hands clean of her cheating husband. She’s still feeling the pain and anger of betrayal, having discovered Jonathan’s affair with Elena (Matilda De Angelis). Those feelings of ill-will only increase when the police confirm that Jonathan is the father of Elena’s baby girl.

As Grace said last week, how can she ever believe Jonathan again? And in light of those revelations, Grace presumes the worst: Her husband murdered Elena. The evidence certainly doesn’t help Jonathan’s case — the tumultuous affair, disappearing from the fundraiser, being at the scene of the crime, and then running away. It all points to guilt. That’s why Grace calls the police on him and refuses to pay his $2 million bail. As far as she’s concerned, Jonathan can rot in prison.

For Henry, it’s a little more complicated. How is a kid supposed to handle the news that the dad who raised him and tucked him in at night is suspected of being a cold-blooded killer? Jonathan is meant to be his protector, his role model. Henry doesn’t want to believe this same man could have bludgeoned a woman to death, and Grace doesn’t want her son to believe that of his father, either. As much as Grace might hate Jonathan right now, if there’s even the slightest chance he’s innocent, she needs to believe that for Henry’s sake, if nothing else.

“A f***ed over person often believes the f***er-overer capable of anything, including murder,” he explains. “Before the betrayal, did Jonathan strike you as a person capable of murder?” That wasn’t the impression he had gotten. “I think your husband is a bit of a d**k,” he says, “but not a killer.”

Grace decides to hear Jonathan out, despite the reservations of her father, Franklin (Donald Sutherland). “I owe it to Henry … I need to know the truth,” she tells him. “What makes you think you’ll get the truth from him?” Franklin snaps back. He has a point, but his feelings are also marred by betrayal: Franklin reveals that he secretly loaned Jonathan money under the false assumption that the family was in financial trouble. It must be said, Sutherland is outstanding in these monologue scenes. Undeterred, Grace visits Jonathan in prison, bringing Henry along. It’s certainly an awkward family outing as Jonathan tries to crack a joke and talks with Henry about his private school. Henry, though, cuts right to the chase, asking if his dad killed Elena. Jonathan again pleads his innocence, admitting only to the affair. A clearly upset Henry asks if this means Jonathan doesn’t love his mom anymore. Jonathan says he still loves them both and made a terrible, selfish mistake. He blames Elena, claiming she was unwell and obsessive, and made him believe that she needed him. “I went to confront her; that’s all I did,” Jonathan desperately argues, stating that it’s not in his heart to kill and that they know this about him.

Is Jonathan telling the truth, or is he a brilliant manipulator? He paints himself as a man who just wanted to help who then caved to temptation. Jonathan’s ex-colleagues, however, describes him as a man with a God complex who thrives on people becoming obsessed with him, saying the way Jonathan was with his patients was all about feeding off the emotion and how it made him feel. This is at odds with Grace’s feelings about his character, however, and after speaking to Jonathan and seeing the fear in his eyes, she begins to believe in his innocence. Also, as a psychiatrist, she knows about “hero worship” and how people can fall in love with their saviors, so she can buy into Elena’s being dangerously obsessed. “Crazy people do crazy things,” she states.

Grace starts to fight back, first hiring Hayley Fitzgerald (Noma Dumezweni), a highly regarded attorney. Hayley wonders why Grace would want to help her husband, given the evidence. “For my son,” Grace tells her. Hayley is willing to represent him if that’s what Grace wants. However, she clarifies that while she can win cases, she can’t fix people’s personal lives and magically make everything better.

Speaking of muck, Grace creates some of her own when she’s confronted by Elena’s husband, Fernando Alves (Ismael Cruz Córdova). Grace tells Fernando that she finds it hard to believe Jonathan could take a life, and says, “I’m not taking s**t from anyone.” She questions him about Elena — whether she was having affairs with other men, or was being treated for a psychological disorder. Fernando is evasive and ends up leaving. There’s also an intriguing cut to a scene of Fernando outside Elena’s art studio overhearing her presumably having sex with Jonathan. It’s unclear if this actually happened or if it’s Grace imagining a scenario where Fernando caught his wife cheating and ended up killing her.

Grace tells the police that Fernando is stalking her, and wants to know his alibi for the night of the murder. The detectives keep things close to the vest, with Detective Mendoza (Édgar Ramírez) continuing, throughout the episode, to focus his suspicions on Jonathan. He even approaches Franklin for potential dirt on Grace.

Grace, who’s already had it with Mendoza’s accusatory tone, demands to see the CCTV footage from near Elena’s studio, believing that Jonathan can’t have been the only person seen coming and going that night. She’s right — the camera did pick up another person. However, it wasn’t Fernando, it was Grace. “How well did you know Elena Alvez?” Mendoza asks.

This revelation blows things wide open and makes us question everything we’ve seen so far. For an episode that asks, “How well do we ever really know someone?” I guess we should be asking ourselves, “How well do we know Grace Fraser?” Is she telling the truth that she was simply out on a walk and coincidentally happened to be in the neighborhood of Elena’s studio?

What’s interesting is that the narrative is told from Grace’s perspective. She’s the eyes and ears of the audience, so we’re led to trust her version of events. It’s also difficult to understand why she would fight for Jonathan’s innocence if it would end up incriminating herself.

However, is Grace aware of her own actions? Could it be that Grace herself is not of sound mind? This certainly adds a new wrinkle to the story and makes things a little more intriguing than the usual “perfect-husband-with-dark-secrets” narrative. There may be hope for The Undoing yet. 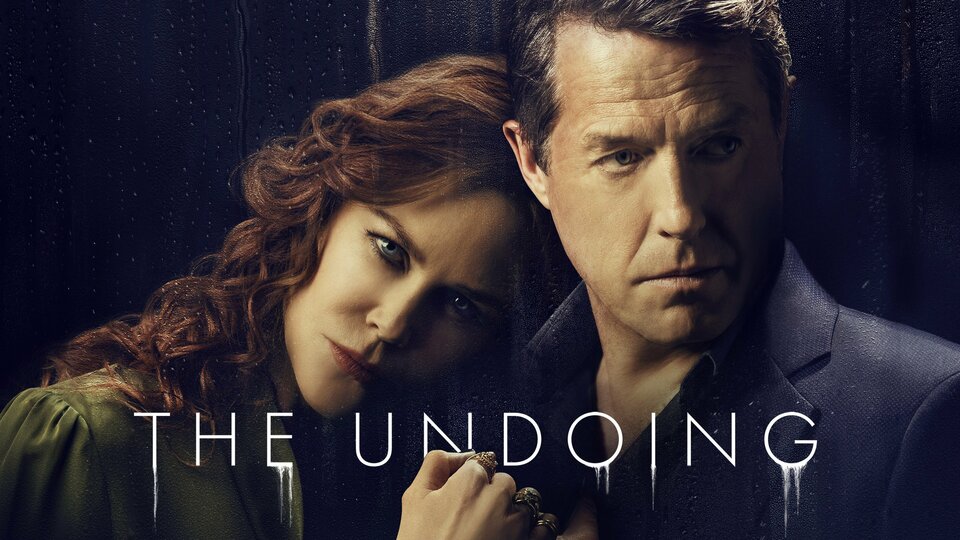