International travel these days? Fuhgeddaboudit. Happily, the new series My Big Italian Adventure, filmed in 2019, whisks wannabe tourists to the Italian island of Sicily — with The Sopranos‘ Lorraine Bracco as a companion.

The actress got an offer she couldn’t refuse, scoring a major fixer-upper in the hilltop town of Sambuca…for a single Euro (about $1.10 in U.S. currency)! “When Lorraine called us saying she wanted to [do this], we jumped on board to join her from beginning to end,” says Loren Ruch, HGTV’s senior VP of programming and development.

Over a nine-month shoot, “we watched her meet the mayor, went house-hunting with her and followed the entire design and renovation process.” Let’s break down this huge undertaking.

4,500 Miles between Sicily and Bracco’s home in New York City.

16 Number of €1 homes available as part of Sambuca’s plan to attract new, more diverse residents to the municipality.

100,000+ Number of applicant emails. Cackling, Bracco admits she capitalized on her fame to improve her chances: “This is where I’m happy I’m an American actress. I don’t really use that [celebrity] card often — I’m gonna use it today!” 1 Number of times Bracco asks the mayor to “hold my tushie” so she can climb up for a better look at one home’s lake view.

1,800 Total square footage of her chosen property. Its best features: beautiful natural light and tiles original to the two-century-old house.

45,000 Bracco’s additional payment, in Euros, for the private-sale home next door needed for expanding the kitchen.

26 Minutes into the opener before she cries over the amount of work needed. 2 Friends who show up to offer emotional support in the same episode: producing partner Monica Castellanos and Angie Harmon, who played Bracco’s daughter on Rizzoli & Isles.

95,700 Planned Phase 1 reno budget, in dollars, which includes creating a Ping-Pong room in the cellar for her grandkids.

1 Number of times Bracco considers having contractor Piero whacked. Overcome with frustration, she exclaims, “I wanna wring his little neck!” 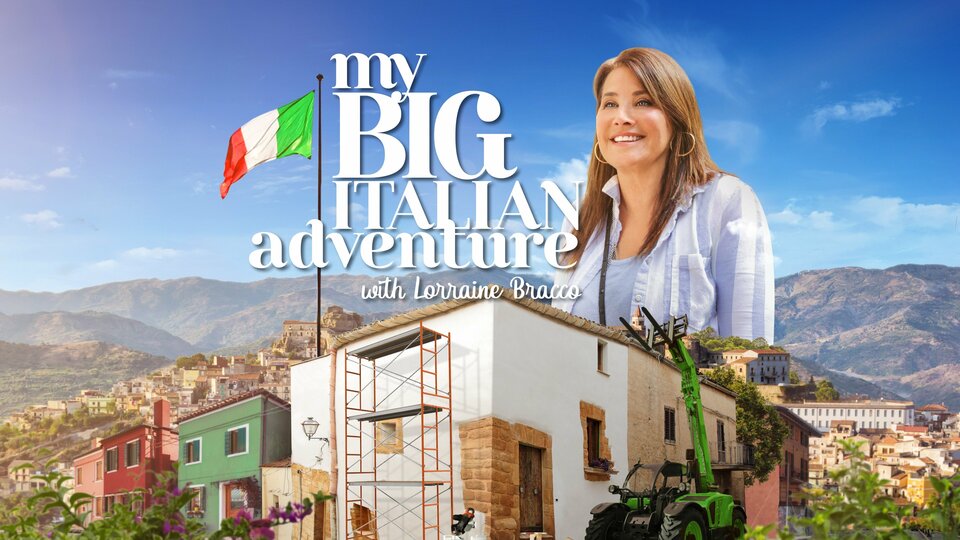 My Big Italian Adventure where to stream