That’s what the new key art for Ellen’s Game of Games Season 4 promises — and when better than a time when people may be looking for just that from their favorite shows? TV Insider has your exclusive first look below. Kerry Washington, Alec Baldwin, and Chrissy Teigen are among the guests scheduled for Season 18 premiere week. On Ellen’s Game of Games, contestants hope to walk away with the cash prize, but first they must maneuver giant obstacles, answer questions while up against the clock, and face plunging into the unknown. Some new games this season include “Burst of Knowledge,” “Name Dropper,” and “If I could Turn Back Slime.”

The contestants play four rounds of games, with the winner of each advancing to “Know or Go.” The winner of that then has the chance to play the newly-formatted final round. In “Hotter Hands,” they must correctly choose between two images to answer as many questions as they can in 60 seconds. 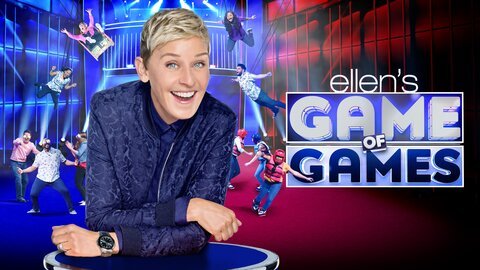 Ellen's Game of Gameswhere to stream