Elodie, Moe & Tabitha Are Up to Their Usual Tricks in ‘Trinkets’ Season 2 Trailer (VIDEO)

The ladies are back for one final round of fun in Netflix’s Trinkets as the second season arrives Tuesday, August 25.

After finding themselves at the same mandated Shoplifters Anonymous meeting, Elodie (Brianna Hildebrand), Moe (Kiana Madeira) and Tabitha (Quintessa Swindell) create an unlikely friendship that is going strong in Season 2. Finding strength within each other, grieving misfit Elodie, outsider Moe and picture of perfection Tabitha will face the complicated dilemma of trying to fit in while longing to break out.

Created by executive producers Amy Andelson, Emily Meyer and Kirsten “Kiwi” Smith (Legally Blonde, 10 Things I Hate About You, She’s the Man), Trinkets‘ final season will include 10 half-hour episodes filled with plenty of drama. As teased in the trailer below, the girls are embracing their truth, strutting through the halls of Lakeshore High School with their heads held high. “They’re back for one last lift” as they swipe some booze from corner stores, deal with relationship challenges and more. Among the returning cast for the season alongside Hildebrand, Madeira and Swindell are Odiseas Georgiadis as Noah, Henry Zaga as Luca, Brandon Butler as Brady, Larry Sullivan as Doug, Joy Bryant as Lori, Larisa Oleynik as Shaw, October Moore as Vicky, Linden Ashby as Whit and Kat Cunning as Sabine.

New recurring stars include Austin Crute as Marquise, Nik Dodani as Chase, Andrew Jacobs as Ben Traux and Chloë Levine as Jillian. Trinkets is executive produced by showrunner Sarah Goldfinger, Shelley Zimmerman, Brin Lukens and Rebecca Glashow. Don’t miss a single second of the final season, check out the trailer below and stream Trinkets when it arrives later this month. 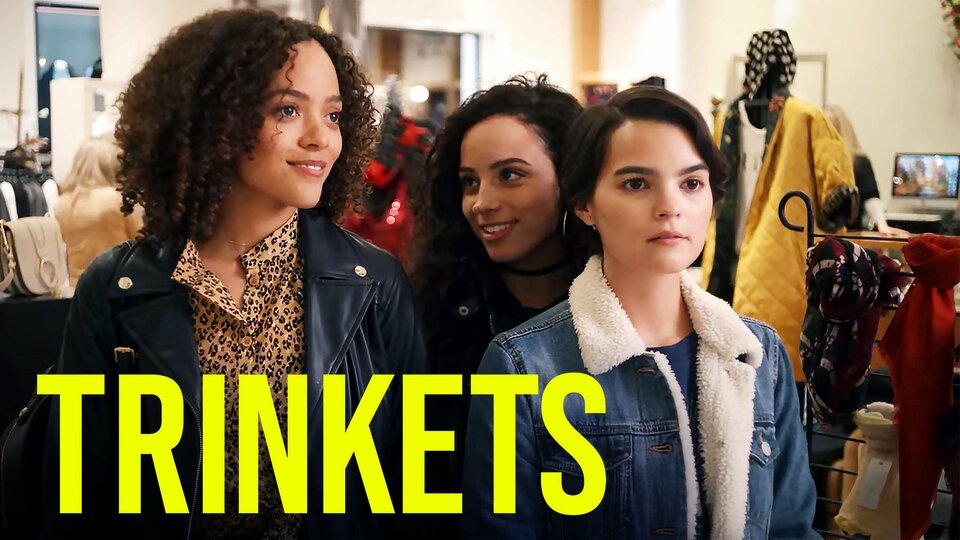 Trinkets where to stream