The Debate Over Gendered Emmy Categories Rages On

The Television Academy recently announced their nominees for the 72nd Annual Primetime Emmy Awards, spotlighting performers in categories such as Lead Actor in a Comedy Series and Lead Actress in a Drama Series… and upholding a seven-decade tradition of gendered divisions that select other Hollywood award shows have already left behind.

After all, when so many people are asserting their place on a gender spectrum, why is the Television Academy reinforcing a gender binary? And what should non-binary actors do, since the Academy’s language neither applies to them nor explicitly welcomes them?

Asia Kate Dillon, non-binary actor and star of Orange Is the New Black and Billions, has been an outspoken critic of such divisions since 2017, when they sent the Television Academy a letter to ask about the classifications. 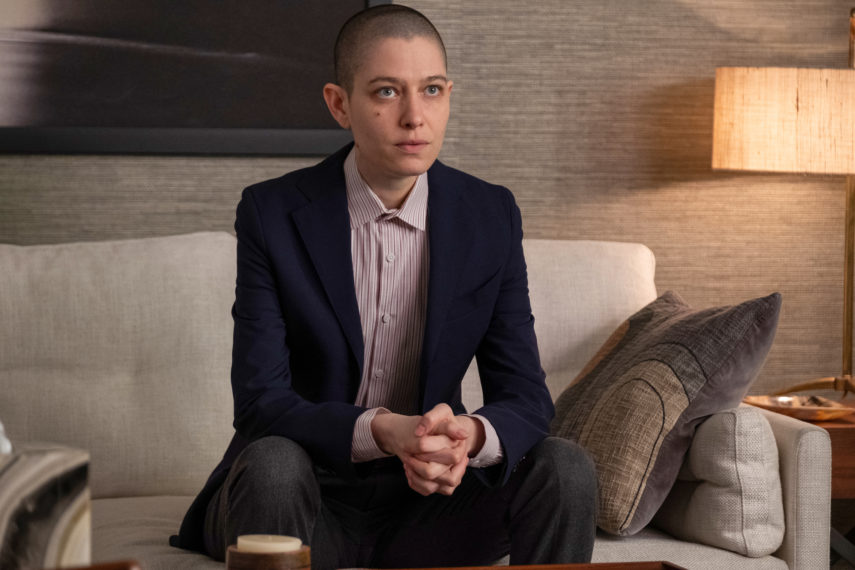 The Television Academy promptly responded to Dillon’s letter and explained that Emmy contenders could submit themselves under either gender. Dillon chose to submit themselves for the Supporting Actor category—saying, “Given the choice between actor and actress, actor is a non-gendered word that I use”—but expressed a hope that their letter would prompt a larger conversation about those classifications.

Three years later, however, the Emmys, the Golden Globes, and the SAG Awards still use gendered categories, and Dillon sent a stronger-worded letter to SAG-AFTRA this year after receiving an invitation to serve on the SAG Awards’ motion picture nominating committee. “Not only do your current categories erase non-binary identities by limiting performers to identifying as male or female / man or woman (which not all SAG members, like myself, do), they also serve as an endorsement of the gender binary at large, which actively upholds other forms of discrimination, including racism, the patriarchy, and gender violence,” they wrote.

And in a column published earlier this month, Variety Editor-at-Large Michael Schneider suggested eliminating gendered categories in favor of genre-based categories—best action performance, best dramedy performance, best sitcom performance, etc. Schneider also pointed out that the MTV Movie & TV Awards and the TCA Awards don’t separate nominees by gender—meaning Regina King vied against Mark Ruffalo and Pamela Adlon went up against Ramy Youssef at the TCAS this year, for instance—and that the Grammy Awards has used gender-neutral divisions since 2012. A spokesperson for the Television Academy told The New York Times last year, however, that the organization “celebrates inclusiveness” but has no plans to change their category classifications, echoing statements from spokespersons for the Oscars and the BAFTAs.

The issue would be much more black and white if the Emmy Awards didn’t have a nasty habit of snubbing actors, directors, and writers who aren’t cisgender (white) men. In the gender-neutral Outstanding Writing for a Drama Series category, for instance, men won the top prize eight years out of the past 10. (Breaking Bad scribe Moira Walley-Beckett won in 2014, and Mad Men’s Erin Levy shared the award with Matthew Weiner in 2010.) Supporters of gendered categories worry that sexist trend would only proliferate if all categories went gender-neutral. “Merging gender categories would create a cosmetic definition of equality in an industry where we know that equality does not exist,” journalist Mark Harris told the Times. “It’s placing this huge bet that sexism is so solved that it doesn’t need to be paid attention to anymore. It’s so solved even though a vast majority of voters in awards groups are men. It’s so solved even though actresses have absolutely no shortage of important and fascinating things to say about the way gender inequities persist in the industry.”

But Dillon has a rejoinder to those critiques: They argue that gendered categories with equal numbers of nominees gives the false impression that women have equal access to quality roles. If merging categories meant that cisgender men would dominate the awards, then “we would have to deal with the inequality that still is in Hollywood and always has been when it comes to gender as well as race,” they say.