Donnie Wahlberg has been spending his professional time this summer working on HLN’s true crime seriesVery Scary People, but his main gig, CBS procedural Blue Bloods, is never far from his mind.

In Part 2 of our interview with Wahlberg, the actor/singer who plays Det. Danny Reagan, part of the Reagan family police dynasty, discusses possible changes and new scenarios on the long-running cop show due to the continuing real-life demands for better policing. Donnie Wahlberg on Why We're Fascinated with Serial Killers

Do you have any idea when Blue Bloods will start filming again?

Donnie Wahlberg: I don’t. We have a crew of about 200 people who have children, and parents, and grandparents, and how we’re going to get them all together on a stage is going to be really complicated. So, I don’t know how that’s going to work out, but we’ll see.

How, if at all, do you expect the Black Lives Matter protests demanding change in police departments will affect the show?

One of the good things about Blue Bloods is that when topical stuff comes up, the family always has different points of view, but I do think that, of course, we have to look at everything that’s going on in America right now and address it. I think we can certainly be more mindful and do a better job of how we do this. We’ve always tried to engage in tough conversations with multiple opinions. Other actors who have been part of the show have also engaged in these conversations. Whoopi Goldberg (who has played an outspoken City Council Speaker) has done some amazing episodes where her character is fighting for social justice and it creates great opportunities for us to engage in these topics.

But certainly, we are aware that everybody in this country has to take a closer look at themselves right now and of course Blue Bloods has to do that as well. It’s a good opportunity for us to really engage in a lot of what’s going on, but also maybe help the discussion and be a part of the discussion. 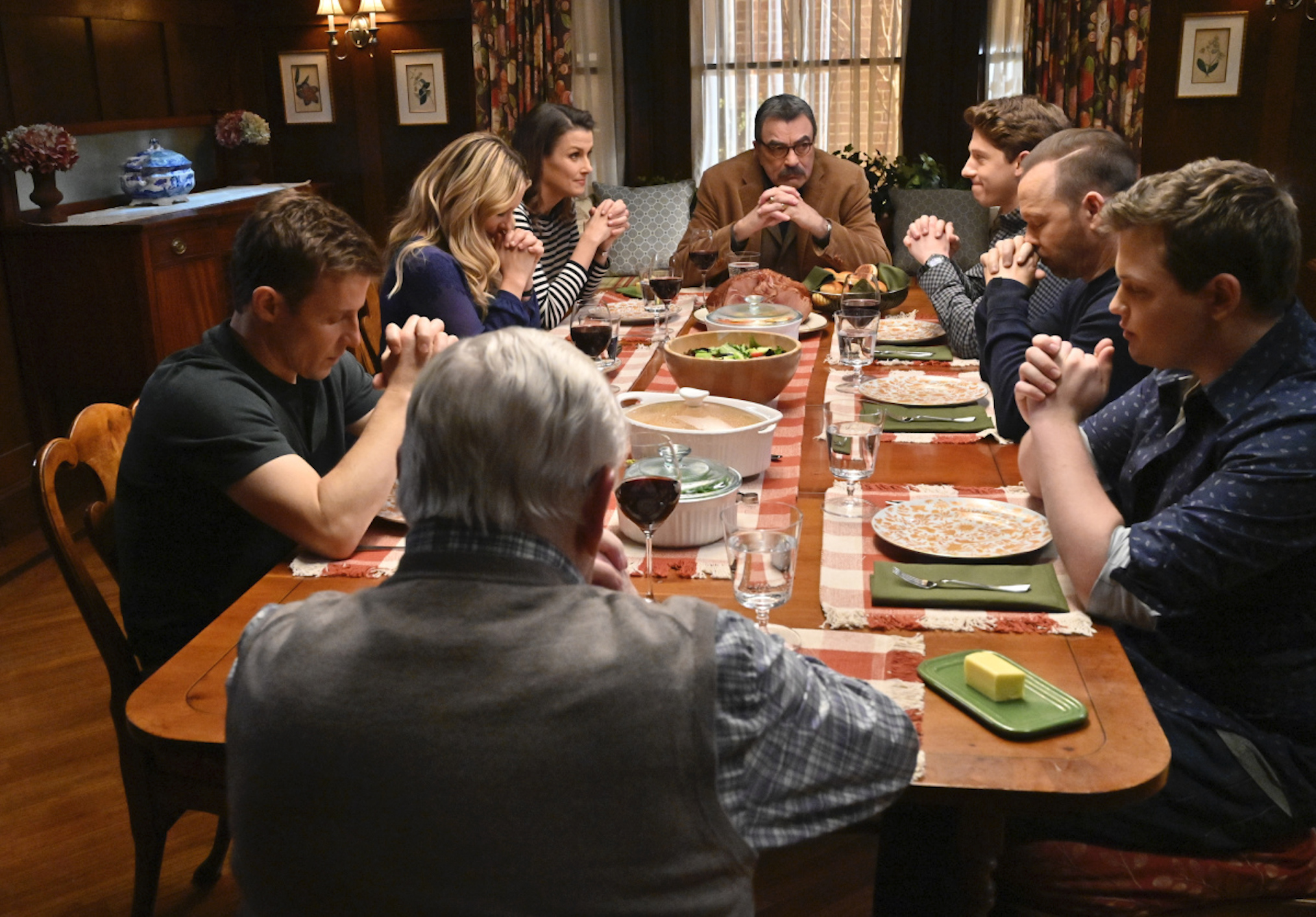 That should provide some lively Reagan dinner table conversations.

Yes. Truthfully, we’ve had a lot of episodes that addressed what’s coming to the surface now. At times, we’ve done a great job of it, at other times, an OK job, but not our best. We’ve done episodes on the question of systemic change as well. We’ll continue to deal with these issues and do it in a way that’s appropriate for the times we’re in. Our show may be fiction, but it’s fiction that’s close to reality. Blue Bloods is a scripted version of real-life events.

It seems that there will be another face—and possibly a dissenting young voice at the table, patrolman Joe Hill (Will Hochman), the newly-discovered son of Frank Reagan’s (Tom Selleck) deceased eldest child, a heroic cop also named Joe. What can we expect with Joe?

I don’t yet know the plans for Joe, in a perfect world, however, I would love to have more people come to the dinner table. One of my favorite episodes was when Treat Williams (who played Frank’s onetime NYPD partner) came to Sunday dinner. Danny’s partner, Det. Baez (Marissa Ramirez) should have been invited to the dinner table a few times. There’s an opportunity there to have company once in a while and engage in the conversation.

That could certainly bring in very diverse opinions.

I think that everybody agrees that it’s critical that we stay involved in these topics and make sure there are enough voices that everyone’s point of view feels heard. There’s been some recent criticism that TV police shows, including Blue Bloods, paint too much of a rosy picture of law enforcement. Do you believe that’s true of your show?

What other storylines can we look forward to this season?

As we go into a new season and address topical issues in different ways, it can create opportunities to address other stories in a different way. Danny Reagan has had a lot of trauma in his life, including the loss of his wife. He has post-traumatic stress disorder. It might be interesting to not just watch Danny running around trying to catch the bad guys, but instead trying to catch up with some of the personal struggles he’s had in his life. Could that help Danny get closer to being open to a romantic relationship?

I don’t know if the audience is ready yet for Danny to move on—he has a lot of pain that he still needs to confront. Doing that might lead to him being able to move forward. I’d like that.