Mad Men, The West Wing, ER, The Walking Dead: If you’ve sampled TV’s most popular shows over the past two decades, chances are you’ve seen something that Lesli Linka Glatter (above left) has had a hand in making.

The prolific director recently wrapped Homeland (she served as an executive producer on the Showtime thriller and directed 25 episodes, including the finale) and was supposed to begin work on a new Prime Video series, The Banker’s Wife, before production was halted.

“I still love being a storyteller,” she tells TV Insider. “Even on the bad days, I’m grateful this is what I get to do.” In the television landscape these days, she notes, “a story can be whatever it needs to be. You can tell a six-part limited-series story, because that’s what the [plot] demands. Or it can be a two-hour story. Or an ongoing series like Law & Order: SVU. That’s great for all storytellers.” (Glatter directed two episodes of the long-running NBC drama.)

On June 2, she’s sharing her knowledge and experience in the industry in a master class from Sundance. Here, Glatter takes us inside her mind as a director. In your class, you’ll be taking a closer look at Homeland‘s “The Tradition of Hospitality” and Mad Men‘s “Guy Walks Into an Advertising Agency.” What about those episodes stands out to you?

Lesli Linka Glatter: I’m always interested in action that is character-based. I come from being an ex-dancer and choreographer, so designing an action sequence for me is very much like choreographing a dance. And I love doing that. But unless the action is motivated by content and character, it’s not so interesting.

As a teaching example, [that Homeland episode is] an interesting one because I was able to dredge up not only the script and the shot list but also the storyboards, so you can really get a look at process and thinking. For me, it all comes from story. Story is everything. When I’m unclear about what to do, I go back to the story. This was shot in a day, and it’s about how, as a director, we have to make choices about what’s important: What are the priorities, and [what are] the things you can move quickly through?

As I say, what’s the dollar scene and what’s the 25-cent scene? Especially when you don’t have all the time or money you might want, you definitely have to prioritize, and that priority is based on what your story is.

You’ve been directing TV for years, but what have you taken with you from project to project?

That goes back to the very beginning of my directing career. I’ve had amazing mentors who gave me profound advice early on, and those things are reflected back to me every time I stand on a set. That I’m very grateful for. It’s things like being sure you are staying in touch with your own instincts and that you listen to them. Doing your homework, digging down deep into the material. Understanding what the characters want and need—in the overall piece and in every scene—as well as what the themes are.

I feel like I’m asking myself questions all the time because as storytellers, we never stop learning. You have to be able to find the opportunities in limitation, rather than “Oh, my God, this is never going to happen.” I have felt [that], but then I have to turn that around to be able to make the most of whatever the situation is. Early on, I was told by another director an incredible story I’ve [been quoted on] before—that as planned as you need to be, be sure you’re open to the opportunity of what’s around you, what your actors might bring, what someone on your crew might bring, your DP [director of photography]. In this team sport of directing, put the best team around you, and the best idea wins.

It was eight years from the first Homeland episode you directed to the last, the series finale. How did your approach to directing change over the series, if it did?

I came in as a guest director in Season 2 because the first season I was unavailable. [But I watched] the series and loved it. It had all the nuances and complexities and layering, these incredibly complicated characters. Then I was on the edge of my seat, not knowing if Brody was a traitor or a hero. I was thrilled when they came back to me in Season 2.

I happened to get an extraordinary script called “Q&A,” which was written by the late, great Henry Bromell, and when I first read it, I was panicked because it was 40 pages [of dialogue taking place] in one room. It was an interrogation between Claire Danes as Carrie Mathison and Nicholas Brody, played by Damian Lewis, and I was like, “Oh, my God, what can I possibly do for that amount of time? How am I going to make this interesting?” Then I started to really dive into the story. It became this amazing challenge of, here I have these two brilliant actors who will go to the depths of their characters, and I have this scene where each has different wants and motivations, and how is that dance going to play out?

In simplicity, was the answer, and tracking through with the actors all the moments of their journey in that scene. We have Carrie, who is trying to break a prisoner of war, who has been interrogated for eight years of captivity. What is she going to do to make him turn? What, on Brody’s side, is it that she can say that is going to make him hear? And how is he going to deflect that to the point that he opens up? Two very different tracks. It was fascinating. That was an extraordinary experience.

After that, Michael Cuesta, who directed the Homeland pilot, a wonderful director, was leaving to go do a movie he’d been developing for years, and they asked me to come on full-time as an executive producer. It was an amazing journey. Yes, things changed a lot and that’s primarily because every season we went to a different country. We reinvented the wheel. Having traveled the world with the show, from South Africa to Berlin to Morocco, that was an amazing challenge. What kept it fresh and exciting was that we were always beginning over again. … In a career, you get a couple of truly extraordinary experiences, and Homeland was that. [Cocreators] Alex Gansa and Howard Gordon set up an environment where it wasn’t about being the smartest person in the room but being in the room with the smartest people. Plus, every year we would spend a week meeting with the intelligence community—that’s where the show would come from and why it continued to feel prescient and relevant. Then, of course, we had a no-asshole policy, so the process of working was a really positive one.

It’s sad the show is off the air, but it’s nice to have a conclusion.

Yes, and I had never done a series finale before. It is a sobering experience because you see the landmines everywhere. The ending went through a lot of transformation and a lot of drafts on the script before this ending came into being, and I feel really proud of how it all wrapped up.

You were supposed to start directing The Banker’s Wife before the pandemic. How is that moving forward?

The Banker’s Wife is about the banks that do business with dictators and money launderers and drug runners and the wealthy and entitled and the level of corruption within that world. It’s got this bigger political, global context but two amazing powerful female characters at the heart of it. I’m directing all eight episodes, and [fellow Homeland alum] Meredith Stiehm is writing all eight, and that’s something I’ve never done before. It’s a very daunting task, needless to say.

It’s very international in scope, which in this COVID time is really challenging…. We’re trying to use the time now productively. Meredith is doing rewrites on the script. I have weekly calls with the DP, John Conroy, and the designer, Jerry Fleming, and we’re coming up with ideas for the look and feel and using this time. 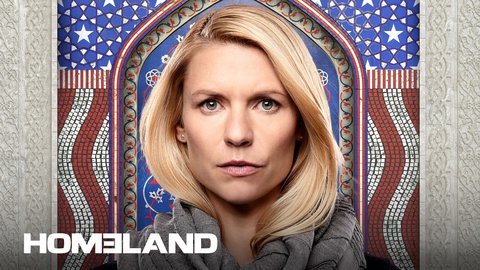