[Warning: The below contains MAJOR spoilers for "The Battle of the Sixes: The Final 6" of The Masked Singer Season 3.]

It was time for the Astronaut to come back down to Earth after flying high during The Masked Singer.

We're getting closer and closer to the Season 3 winner, and in Wednesday's episode, the final six performed in hopes of continuing on. But it was the Astronaut who didn't make the cut and was unmasked as country singer Hunter Hayes.

"I'm honestly happy I made it" to the final six, Hayes told TV Insider. His participation this season not only allowed him to do things he hasn't in the past, it also turned out to be perfect timing when it comes to his own music.

Here, Hayes discusses his time as the Astronaut and how it'll help him with what's next for him.

How did your appearance this season come about?

Hunter Hayes: I had taken some time to get off the road. We had released an album in August, which is Part 1 of a series, and in working on Part 2, it was a bit of a traveling record. I started in Canada, and I knew I wanted to be in Los Angeles for a sizable amount of this year. Then this invitation came up, and it was perfect. It was perfectly timed. It allowed me to be in Los Angeles for an extended amount of time, anywhere from one day to a month and a half. 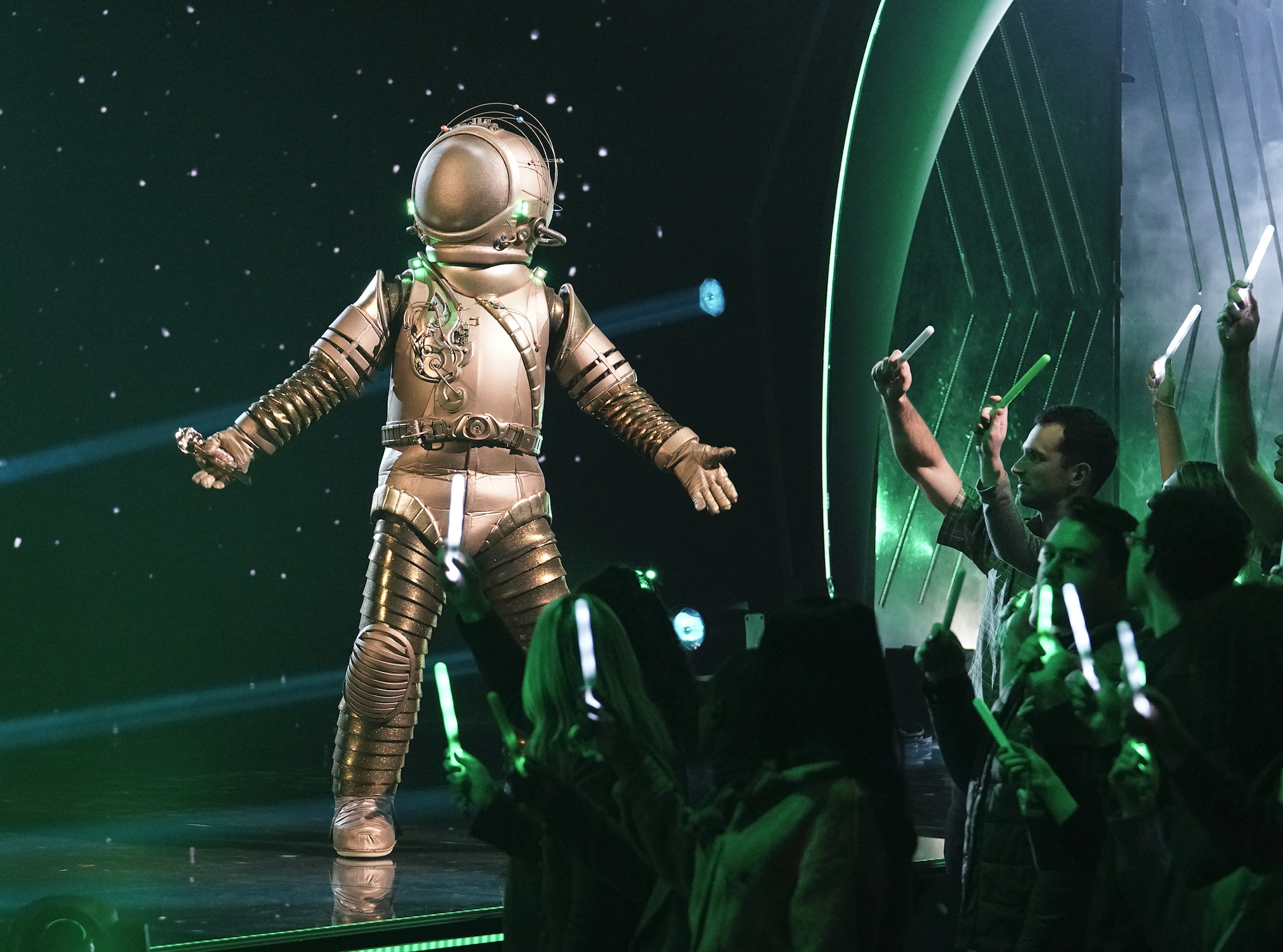 And it also gave me a chance to push myself and try some things that I'd never really tried before and never done. I knew that was going to be good for the album because the album's all about change and moving forward, significant change, and unknown territory. [Laughs] There's nothing that embodies unknown territory like getting in a mask and singing songs you've never sang — well, some that I've sang before, but singing in front of the world. It just felt perfect when I saw the invitation for the first time. It was a no-brainer. I really wanted to do it.

Obviously singing — and in front of crowds — isn't new for you, so what challenges did you anticipate going into this? And what surprising ones arose during your time on the show?

The dancing. I knew the dancing was going to be a big one for me. I like moving on stage, but I will never claim to be any sort of experienced dancer. I've never had any training. I knew that was going to be a fun challenge, and I wanted to push myself. There's a form where they ask you a bunch of questions, and one of the things they ask is, "Do you want to do any dancing?" and I specifically said, "Yes, please." The unmasked contestant reveals why the timing of his exit and song choice was very 'surreal.'

I don't think you can prepare yourself for singing in a mask. I don't know how you tell someone what they're going to experience and prepare them for that ahead of time. And just in general, connecting with an audience behind a mask. I was nervous about that. I didn't know how that was going to work.

Speaking of, let's talk about the Astronaut costume. What did you like about it and what were the biggest challenges performing in it?

A lot of my themes are about flying, and I've talked about it for years, and I feel like music is flying for me. Music is freedom, and performing is that weightless feeling. Because I joined really early on, I got to see a couple [costumes]. I had a couple options, but at the end of the day, the Astronaut felt like it embodied that freedom feeling but just took it another step further to this unknown territory, this new frontier or whatever you call it. It just felt like the next chapter. It felt like what I was looking for versus where I had been.

What were the other options?

I know that I looked at the Robot costume pretty hard for a hot second and really, really thought about that, but at the end of the day, I connected with flying more.

You mentioned the challenge of dancing, and after the unmasking, you talked about not dancing properly or working on choreography before, but you also really showed off your vocals with your song choices. So which performances were you most proud of?

On different levels. I thought "Signed, Sealed" was when I realized that I could have fun in the costume and I didn't just have to become this character. When I sang that, I just let go of all the choreography. I think I missed like 25 steps. But it was fun, and I noticed that that translated and that worked, so I was proud of that performance because I leaned into who I am versus this character. 'The Masked Singer's Kangaroo: 'It's Like a Childhood Fantasy'

'I really was trying to stay present and put my all into each performance,' the unmasked contestant says.

"Shape of You," I've actually covered that song in concert for a long time, and I changed the key of it literally the day of the taping, which is a big shake-up. I stressed a lot of people out. But it allowed me to sing it differently and do different things that I hadn't realized until the day of the show. Even though [there was] the last-minute change and I hadn't really had time to rehearse it, it felt natural. I was also really proud of that. And I was also really proud that I didn't fall down the steps with "Shape of You." That was in and of itself a trophy-worthy moment for me.

I can just imagine with the costume.

Yeah, it wasn't hard in rehearsal, but then all of a sudden on show day, when the lights come on and everything else, I couldn't see the steps.

What songs did you have in mind to perform next if you’d continued on?

I think my next song was going to be "Move Along," All-American Rejects.

That would've been fun.

Yeah, there was this drum line thing that I wanted to do and go nuts on. But yeah, I'll save that for another day.

What were your thoughts on the clue packages and listening to the panelists after each performance? Nicole picked you as her final guess, too.

Yeah. I thought the clue packages were perfect because they were a perfect mix of, yeah, the fans are going to know exactly what that means, and then there were tons of little things I knew were going to throw a lot of people off. That was kind of a relief, but also just fun because seeing some people's reactions and what some people guessed based on the clues package were honestly just hilarious. 'It was the perfect experience,' the celebrity says.

You spoke about the chance to hit a reset button, so what will you take from your time on The Masked Singer when it comes to that?

Just the whole experience. It just gave me so much freedom even though I was confined in a costume. I just kept trying so many new things, and I realized during my performances, over the course of multiple performances, that at the end of the day, your emotion on stage is the thing that translates the most. It doesn't matter how much work you put into choreography or vocal techniques or anything of that nature. If you feel the song, other people feel it, and even though I knew that — well, I like to say I knew that and kept that true to my heart — I think that was a good reminder for me going into this new album and working on it, that it all starts with emotion.