Ahead of the festivities on April 15, we caught up with newlywed finalists Tyler and Amy Clites, who hail from Brandon, Florida, and are vying for the $100,000 grand prize.

So, what does the final round have in store? “The theme of the final challenge is the master build,” Amy says, “and this is really exciting, because we have the opportunity to pretty much build whatever we want. This is also very daunting,” she adds, “because limits help the creative process and deciding on an idea when there are no guard rails and you can build anything is a lot more difficult than you might realize.” 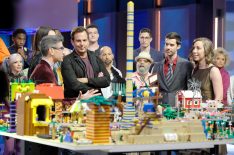 Fans will get to see this come to life when the finale airs, but for viewers at home, Tyler’s highlighting the benefits of the beloved building blocks at a time when social distancing is necessary. “Kids, teenagers and adults can be creative together with LEGO, and it’s not restricted,” he says. “I think, especially now that families are restricted to their homes, LEGO’s an awesome opportunity for families to get together, even if they’re just building a set or creating with one another.”

This has certainly paid off for the couple as they head into the last round. Below, they’re opening up about sharing the experience of competing together, revealing their favorite builds and talking about the competition they’ll face in this last leg of the show. Plus, catch an exclusive sneak peek at the finale with a clip. Tyler: Being able to pull my wife into this realm that she’s not really experienced with means a lot to me. It’s been so wonderful to just share this side of my life with my wife and have her excel and succeed so well at it and really enjoy it at the same time. It’s just really exciting.

Amy: To get the chance to be immersed in my husband’s world has been such a wonderful opportunity to really understand or get in-depth with what he does. I’m able to appreciate it a lot more, in addition to this time of life where we are newlyweds, and we’re still getting to know each other. So to have this much focused time together, having to problem-solve and think creatively under pressure was just a unique opportunity for us.

Which build or challenge has been your favorite so far?

Amy: One of my favorites was the storybook challenge, where we had to take the children’s story and bring it to life. This was super fun because we got to work with the kids and I’m a piano teacher. I work with kids every day, so when we got to that Episode 7, I was starting to slag a little bit. I was getting super tired, but then to come out and see all those children, there was just an energy shot, a big boost for me.

Tyler: The space smash challenge. I just loved the concept of that challenge. Lego is so much about construction, so having this duality of the construction and then the destruction of the things that you constructed was just a really creative challenge. And I was really proud of the piece that we created. I love it as a visual story. What makes Mark and Boone, and Sam and Jessica your biggest competition?

Tyler: We knew going into that final build that Mark and Boone were going to be able to basically build faster than we could, and they were going to have something huge and epic. And that was pretty daunting. I mean, I think we’re fast builders, but we’re so not as fast as Mark and Boone.

Amy: For Sam and Jessica, their strength is really their creativity, and that’s something we really admire about their team. We love thinking outside of the box. We found ourselves very similar, in some ways, to Sam and Jessica. So they’re always going to have a strong, unique idea. How does it feel to be representing the LEGO community in such a unique way?

Tyler: One of the things that I love about LEGO is that you can literally build whatever you want, and then you can take it apart and you can build something else that you want. And that endless ability to be creative with a limited resource is really thrilling to me. Just to be able to, on a national television scale, represent that level of creativity, of just being able to take some pieces that are in a bin and apply some storytelling and imagination is just really exciting. And I hope that a lot of kids or even adults see this and get inspired to not just build a set, but also just be creative, whether with LEGO or anything.

Amy: Yeah, I think especially, we love to inspire other adults in this, as oftentimes, LEGO is seen just for children. But this is a wonderful family activity. Will Arnett is hilarious in the show, but is he a bigger distraction or a fun break in the tension when you’re building?

Amy: We like to say that having Will Arnett there was one of the best parts of the show, but also one of the worst parts because as you’re building, it is great to have that comic relief and the interactions with him. But then also, he is interrupting. You have very specific time amounts. So overall, it was a wonderful experience and super fun. But definitely a two-sided sword there.

Tyler: Yeah, I would say the exact same thing. It was a lot of fun to get those little fun breaks, but sometimes you’re like, “Oh, here he comes. I got stuff to build here, Will. Come on!” [Laughs].

See how the couple fare in the finale by tuning into the show this Wednesday, and get a sneak peek at the action with this clip: 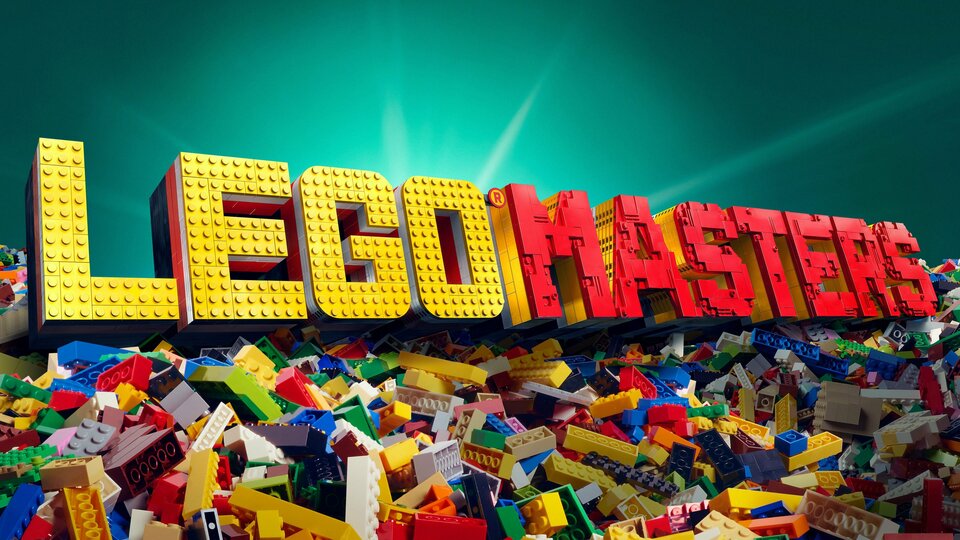