Regis appears in Wednesday’s episode of Single Parents — which sees the gang sharing their birth stories. Why did it take until now for him to show up? (He’s appeared as himself in a few other TV shows.) Brad Garrett on Why 'Single Parents' Is 'Realistic' About Raising Kids

Plus, why the show should be next on your list.

“Frankly I was waiting to be asked,” Regis said, while JJ explained that they’d been talking about how to include him. “Someone even floated that he could play Brad Garrett’s dad, which is so weird and funny,” the showrunner shared. “This flashback episode was the perfect time to have him intersect with our characters.”

He does so as a fictionalized version of himself. (“He’s always best when he’s playing himself,” according to his daughter.) But this character and the real Regis do have at least one thing in common, he revealed: “The Regis in this episode can’t get his cell phone to work, which is a lot like the real Regis, so it felt pretty close to home.” Get your daily dose of joy by watching a TV comedy.

The father and daughter enjoyed working together. “Fortunately, she took it easy on me,” he said, and she added, “it was kind of fun to spend one night bossing him around.”

Many fans likely know Regis Philbin as the host of Who Wants to Be a Millionaire, and he visited the revival’s set to see its new host Jimmy Kimmel. “Hopefully he listens to Regis,” he said.

Check out an exclusive look at Regis in Single Parents‘ “Oh Dip, She’s Having a Baby” below. 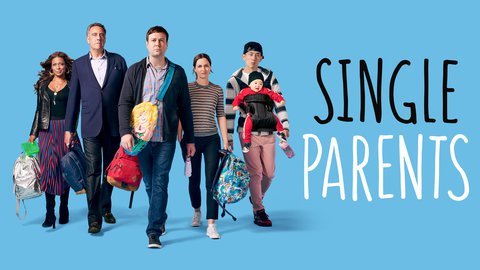