Brockmire is heading into the future for its fourth and final season.

“We try something different every year,” Hank Azaria told TV Insider when he and Amanda Peet sat down to preview the end of the IFC series. “It’s a tight-rope act in that way, but I felt like we stayed true to our story and the theme of the show and the humor of the show.” The irreverent comedy about a reformed-alcoholic sportscaster jumps into the future for a satirical final chapter.

The final season takes place 10-12 years in the future, and baseball is almost dead. That’s when they turn to Jim Brockmire to become the baseball commissioner. “It’s a last-ditch effort to try to save the game,” Azaria explains. And he must deal with that on top of a college-aged daughter he just found out he has.

As for Jules, she’s trying to get people back to the game as a marketing genius, but “I take it a step too far” with a performance involving a magician, Peet previews. And as a result, she needs Brockmire’s help. Watch the video above for more from the stars, including what Peet appreciates about her character and how the show’s version of Alexa meeting Terminator leads to a “really cool Black Mirror episode.” 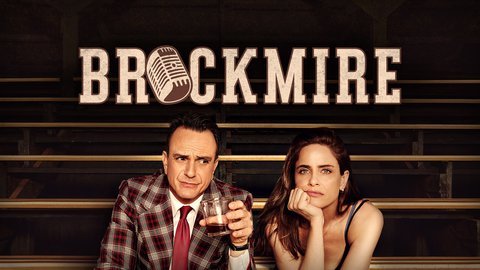