[Warning: The below contains MAJOR spoilers for Season 4, Episode 16 of Riverdale, “Chapter Seventy-Three: The Locked Room.”]

If you’ve been missing Jughead (Cole Sprouse) and Bughead as the ultimate detective couple, this one is for you.

“In the months that followed, people will ask us, did we need to do it? Go to such extreme lengths?” Jughead asks early on in the Riverdale episode that explains everything about his “murder” and the mystery at Stonewall Prep. “Maybe. Maybe not.”

Plus, the showrunner reveals whether they'll be able to return or not.

It only took nearly an entire season, but we finally know what was going on in that flash-forward at the end of the Season 3 finale, as well as what happened to the Stonewall 4 — and it’s all connected.

And once a certain person is found, Betty (Lili Reinhart) and Jughead go to Stonewall Prep for a locked room mystery.

“Rumors of His Death Have Been Greatly Exaggerated”

Jughead makes quite the entrance, interrupting DuPont’s (Malcolm Stewart) seminar on Crime & Punishment and shocking everyone. He too thought he was dead for a minute, but he recalls that famous Mark Twain quote. And so Betty locks them all inside the room (at least until the next bell rings). “This is a story about grandparents and their grandchildren,” Jughead begins, recalling that his grandfather, Forsythe, was DuPont’s roommate.

Mr. Chipping saved Moose’s life by forcing him to leave around Halloween, because he knew the other Riverdale High transfer was going to be killed. Then came the contest to take over as the Baxter Brothers ghostwriter and Jughead discovering DuPont stole his grandfather’s novel. “Someone might kill to keep that secret,” he comments. Did DuPont encourage Chipping for that reason? No, Betty explains, they realized that it went deeper than that. As Chipping’s wife had revealed, he’d wished he’d never gotten the contract, so Bughead wondered, “what would turn the opportunity of a lifetime… into a burden?”

In fact, the couple discovered a pattern. The same month that the next ghostwriter got a contract, one of the Stonewall Four disappeared.

Who Failed to Kill Jughead?

Jughead was given the contract to put a target on his back because of his investigation. So who was going to kill him and how? DuPont gave Jughead the key clue when he revealed all of the students had a crack at rewriting his novel. Each had a hand in his attempted murder as well. Donna (Sarah Dejardinis) kept Betty busy, Bret (Sean Depner) lured Jughead into the woods, and Joan (Doralyn Mui) — he recognized her perfume — hit him with the rock. Why didn’t it work? Because someone failed to check his pulse. (That was Jonathan’s job, Joan blurts out.)

After Archie (KJ Apa) and Veronica (Camila Mendes) found Betty with Jughead’s body, they were able to bring him back with CPR. “No hospital,” Jughead insisted at the time. (He didn’t regain consciousness again for 36 hours.) Donna wonders why he said that, and he can only assume part of him knew they’d try to frame Betty and wanted her to have a fighting chance. 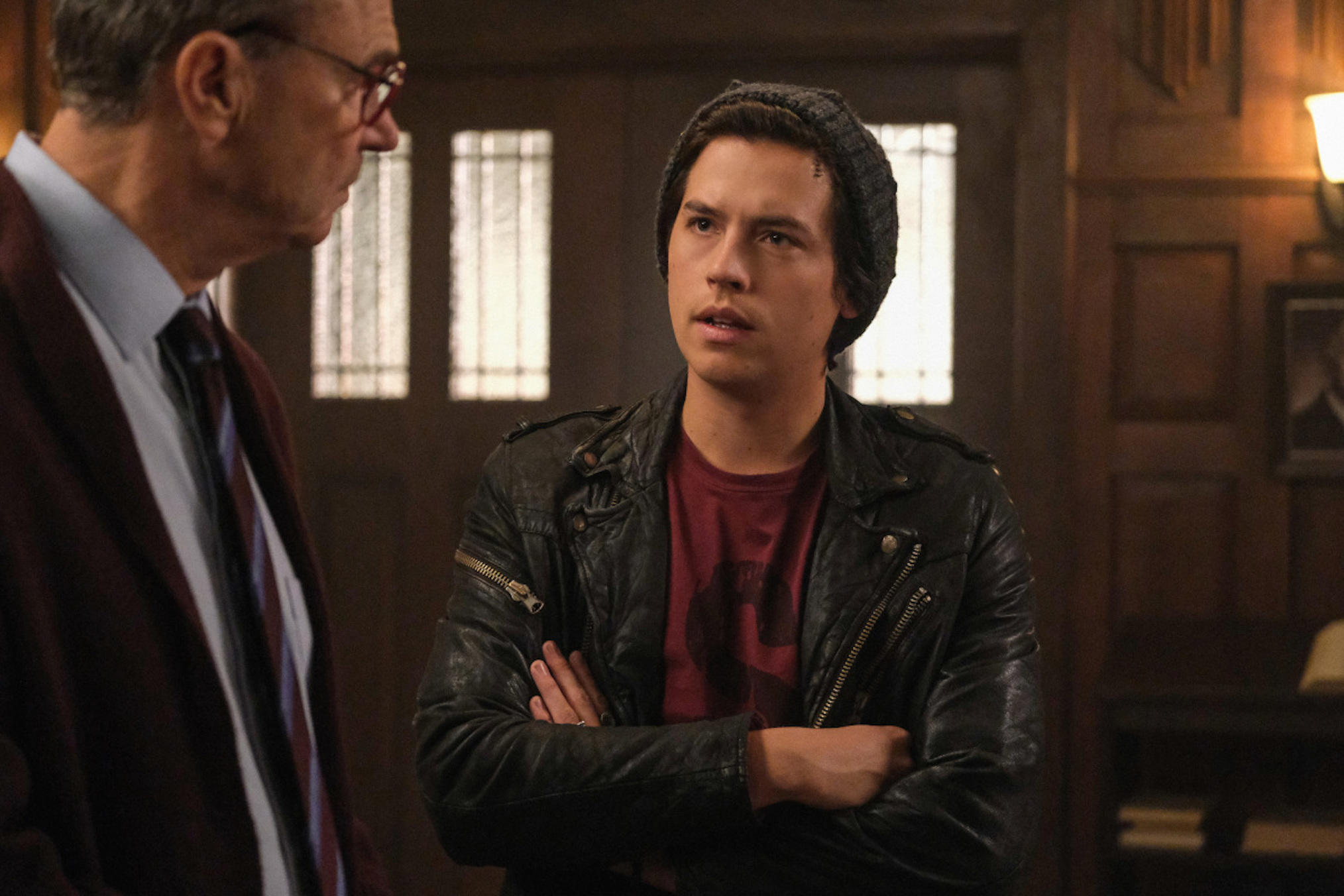 Betty called Charles, who met them with an FBI med van and directed them as to what to do next (clean the scene, burn their clothes). Cut to the Season 3 finale flash-forward; Betty said they’d go their separate ways if Jughead didn’t make it.

“What happened next was a waking nightmare,” not knowing if her boyfriend would wake up or if she was responsible, Betty tells the Stonewallies. (But she does gleefully inform them that she and Dr. Curdle Jr. “go way back.”)

Back to the Original Sin

DuPont refuses to acknowledge any of this with more than an “A for effort,” but the teen detectives aren’t done. They brought their theory to the previous ghostwriters, who all asked for their lawyers. Still, DuPont maintains, he never explicitly directed his students or mentees to do anything criminal.

But that’s when Betty and Jughead take it back to the original sin, the theft of Forsythe’s work, and the three members of the original literary society (Jane Dallas Brown, Charles Chickens, and Theodore Weisel) DuPont murdered to keep that secret. With that, it’s time to let in their guest, and FP and Charles lead Forsythe into the room.

Weisel came to see him before he died, Jughead’s grandfather reveals, to tell him DuPont killed their classmates. Two days later, the expert diver drowned in shallow water, and so Forsythe went out for cigarettes and never came back. That‘s why he left FP. Ever since, he’s been collecting evidence. Jughead was brought to Stonewall to lure Forsythe out.

And while they’ve been keeping him busy, Charles’ team has been searching DuPont’s house. The agents found trophies from his victims, and that combined with Forsythe’s detective work, means it’s over for him. But he refuses to let Charles arrest him. “I am a man of honor, to the end,” DuPont declares before jumping out the window to his death. But It’s Not Quite Over Yet

Charles brings Joan, Donna, and Bret into his office. Thanks to her father being an ambassador, Joan has diplomatic immunity and leaves the country. Donna blames it all on Bret and DuPont. Bret says he’ll only plead to conspiracy after the fact and have his lawyer plead down to community service — or he’ll release Betty and Jughead’s sex tape online. Charles leaves to “think,” and FP and Jughead, wearing brass knuckles, enter the room to offer a “counter.” When Charles returns, Bret’s face is a bloody mess and he gives up the location of his videotapes.

But there’s one more T to cross. Betty finds Donna packing her dorm (and celebrating that she now has the Baxter Brothers-turned-Tracy True contract) and informs her that she knows she was behind it all. She got everyone to do her dirty work. Donna did it for revenge: Jane Dallas Brown was her grandmother. But what Betty didn’t know was that DuPont also stole from Jane: Tracy True was her creation. If the police found out about that familial connection, they’d see Donna had a motive. So, Betty sets the terms: Donna gives up Tracy True — Betty refuses to let her profit off near-death of her boyfriend — and plays nice, and if she doesn’t, she’ll make sure newspapers in major cities find out the truth.

Creator Roberto Aguirre-Sacasa said they figured out how to tie 'Hedwig's songs into their stories.

Jughead returns to Riverdale High, and while he speaks with Mr. Honey, Cheryl (Madelaine Petsch) tells her cousin that her and Archie’s “canoodling” “looked pretty real” to her. Betty insists it wasn’t.

FP and his father are now talking, which is promising.

And Veronica declares that Archie and Jughead will somehow graduate with the rest of them.

Oh, plus, Kevin (Casey Cott) makes them all sign up for the variety show — even Jughead. Because after you solve a decades-old mystery, what else would you do?