First Look at ‘The Bachelor Presents: Listen To Your Heart’ (VIDEO)

Will these singles find love and the perfect duet partner or heartbreak and end as a solo act in the newest Bachelor Nation series?

On Monday night, ABC released a first look at The Bachelor Presents: Listen to Your Heart, directly after Peter Weber took his final four on hometown dates on The Bachelor. The new spinoff combines love and music as 20 single men and women hope to find success in both.

From a Hannah Brown return to Peter ending up with a producer, here are all the fan theories swirling around the Season 24 finale.

Watch the promo for Listen to Your Heart above to see the eligible bachelors and bachelorettes arriving, falling for one another, singing together, and possibly facing heartbreak.

The newest show in the Bachelor franchise features all of the hallmarks of the original series — the singles meet and explore their relationships while living together and going on Bachelor-style dates. However, in Listen to Your Heart, the dates are focused on music. Will Peter Weber End Up With 'Bachelor' Producer? ABC Exec Responds to Rumor

Some 'Bachelor' fans are convinced Peter ends up with his producer — find out what ABC's Rob Mills said about the theory.

Once they’ve committed to each other, the couples take their relationships to the next level as their harmony is tested through musical challenges, including live performances judged by some of the biggest names in the music business. Those whose performances reveal their love and devotion to one another will continue to be given a chance to further their relationship until only one couple is left standing. 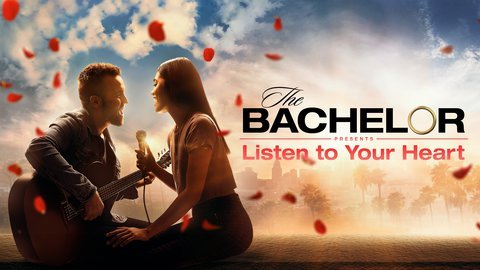