[Spoiler Alert: This article contains MAJOR spoilers for Season 4, Episode 12 of This Is Us, “A Hell of a Week: Part Two.”]

This Is Us delivers yet another emotional punch this week with its second installment in the trilogy of episodes, “A Hell of a Week.”

Focusing on Kevin this time around, his portrayers Justin Hartley and Logan Shroyer reveal sides to the Pearson sibling we’ve never seen before. The episode shifts between two different timelines in the past — one in which Shroyer showcases teen Kevin’s connection to Sophie’s mother Claire (Jennifer Westfeldt) and the other continuing the plot around Kate’s scary situation.

We caught up with the 20-year-old to discuss Kevin’s big episode, what’s next for his character, and much more.

This episode has you portraying Kevin at two different times in his life. What was it like having to relive the night Jack dies?

Logan Shroyer: It was really hard at times actually. It’s so funny, I think it’s such a cliché or an actory thing, but putting those clothes back on that I wore during all of those scenes actually kind of affected me. And it was difficult because at that point Kevin doesn’t know his dad’s gonna die. So, it was great to see that day and I loved exploring his relationship with Claire but, we had to go back to the woods where all that happened and it was actually kind of emotional, weirdly enough. The Good Will Hunting inside joke is a big part of this episode. Do you think by Sophie and Kevin finally watching the ending that it means the end of their story as well?

This is Part 2 of a trilogy of episodes. How much information are you given about plot beforehand?

Usually we get one script at a time, but we got a little bit more information doing this one. That’s just the challenge of doing TV, is the stories going on as you shoot it. But there were a couple little surprises – nothing crazy – and the writers have done a really great job of giving us time with the scripts so that’s pretty great. 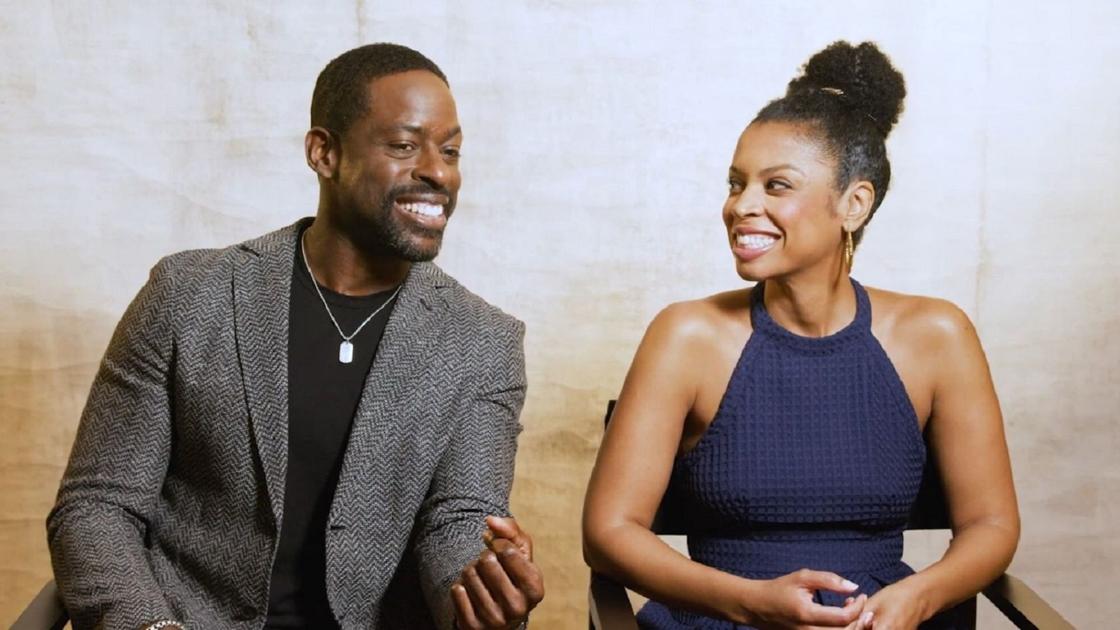 Sterling K. Brown and Susan Kelechi Watson on what's next in 'This Is Us' Season 4

Is it difficult moving back and forth between timelines like you did in this episode?

I would say that it just takes effort, it’s not necessarily that it’s super difficult, it’s just that he really is in a different time. When his childhood ends the night that we shot all that stuff, in the past the day that Jack died, he becomes a different person. And I talked with the writers which is kind of cool about how the problems he’s facing as a young adult are the problems, he’s gonna be facing for the rest of his life. So, he’s really becoming the older Kevin Pearson that we know. I think that what was more difficult for me was – I was on set watching a good amount of Justin and Alex’s scenes – and experiencing that and feeling all of this loss of not being together and having it go back to a mindset of she’s the one forever. Kevin’s had a bumpy relationship with Rebecca (Mandy Moore) on-and-off throughout the show. What was it like getting to explore his connection with Sophie’s mom?

It was great, those two things are on opposite spectrums. Both of the beliefs of I wish my mom was there for me and then Sophie’s mom is there for me strengthen each other because you go back and forth. It’s kind of heart breaking doing those scenes because you want it to be Rebecca so bad, but it’s great as Kevin that I got to explore somebody seeing you for who you actually are.

We also caught a glimpse of the reason behind Kevin’s concerned phone call to Randall (Niles Fitch) about Kate (Hannah Zeile). What can you tease about the next episode?

It’s a wild ride, I’ll tell you that. We’re shooting some stuff that continues what we see in that episode and Kate’s got some great stuff coming.

Justin Hartley is directing the next episode. What was it like getting to work with your older version in this way?

It was so great, Justin’s awesome and we get along so easily. I wish that I had more scenes for him to direct me in. A lot of the scenes overlap so I really didn’t get to act in that many scenes that he was directing. I definitely want that to happen again soon though, it would be awesome. He did a great job.

Do you ever discuss the character with your fellow Kevin portrayers (Hartley and Parker Bates)? What kind of conversations do you have?

I don’t want to get too into it actually because it’s nice to see how people look at it. But there’s some effort put into it but at the end of the day you’re having to live out this part of this part of the story and you bring those things in but you’re really just marching your own path when you’re doing it and from the get-go that was what we all established which was great. We haven’t had lots of discussions about it but Justin from the beginning was like, “look, man, this is your character too and you do your thing, and I trust you with it.” It’s a dream come true in a situation like this. What else should viewers expect from Kevin this season?

Yeah, there’s some amazing stuff coming all around, but we’ve been shooting some really cool stuff between the Big 3 that I’m really excited for everybody to see. And you kind of get to see a different side of Kevin and Randall so that’s cool.