Section 20 is on its last tour of duty. The British-run international special-ops group at the center of this high-octane action series is laying down its arms after seven seasons. Will its members also be laying down their lives?

“There’s a bullet with everyone’s name on it,” Strike Back executive producer Jack Lothian warns. “It’s just whether or not that bullet hits them.”

Here are three more pieces of classified intel to get you prepped for the final run.

When the team heads to Kosovo to retrieve “something the British government lost,” says Lothian, they find themselves up against a power-hungry Albanian Mafia family who stole a lethal virus. Banshee fave Ivana Milicevic plays its matriarch. While there, Section 20 discovers a conspiracy led by an unknown but well-funded jihadi terrorist (Alec Secareanu) who could control an even more dangerous weapon. The team does some soul-searching

“Has Section 20 been a force for good or have they been a bit morally gray?” Lothian asks. “We wanted to examine how these soldiers who [ignore] the rules of combat feel when they have to carry out orders they don’t agree with.”

That issue comes up early for both Col. Alexander Coltrane (Jamie Bamber), who questions what he’s led others into, and Lance Cpl. Gracie Novin (Alin Sumarwata), who’s only ever known this life. Meanwhile, Sgt. “Mac” McAllister (Warren Brown, above center, with Sumarwata and Daniel MacPherson) faces a major professional decision. We take a fond look back at favorites like 'Banshee,' 'The Knick,' and more.

Plenty of stuff still gets blown up

Look for “bigger and better movie-style [action] sequences,” Lothian promises, praising the pyrotechnics department. “There’s one in the final episode [we shot in] a canyon in Croatia with helicopters and boats that is quite spectacular,” he adds. “We go out with a number of bangs — each larger than the one before.” 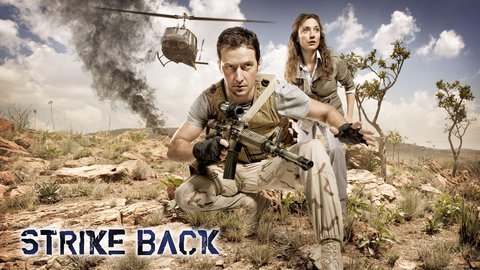