The Television Critics Association (TCA) Winter Press Tour brings the stars to Pasadena, but it also can bring casts across various networks and shows together as well.

Connecting in TV Insider’s video suite, the stars of Outlander and Black Monday each sat down with writer Kate Hahn to discuss their respective titles before gushing about each other. Despite not meeting on site, Don Cheadle and Andrew Rannells, who star in Showtime’s financial dramedy, revealed their desire to visit the cast and see Scotland.

“Hey Outlander, we hear that you film in Scotland and we have never been, and we want to go. I want to golf,” Don Cheadle shares before turning the metaphorical mic over to Rannells,”What do you want to do there?” he asks.

“I just want to roam around the Moors,” Rannells says plainly. Then their wishlist grows to include one rite of passage when visiting. “Then we’ll go to the pub,” he adds with an accompanying arm-swinging motion. When Outlander‘s Caitriona Balfe, Sam Heughan, Sophie Skelton and Richard Rankin dropped by the video suite, they saw what Cheadle and Rannells had to say and responded with some warmly inviting sentiments.

All pleased with the compliments paid by Cheadle and Rannells, Balfe and Skelton remark that it’s really cool they want to come to Scotland. “Don is welcome, he seems to understand Scotland,” Heughan answers and Rankin agrees. “Andrew,” Balfe begins, “I kind of want to walk to a pub with him because I like that this [swings arms back and forth] is his walk to the pub.”

Ultimately, the exchange ends with an open invitation for the Black Monday stars to visit Scotland, as they promise to take the pair on a pub crawl and let Cheadle, who expressed an interest in golf, swing a club at a ball. 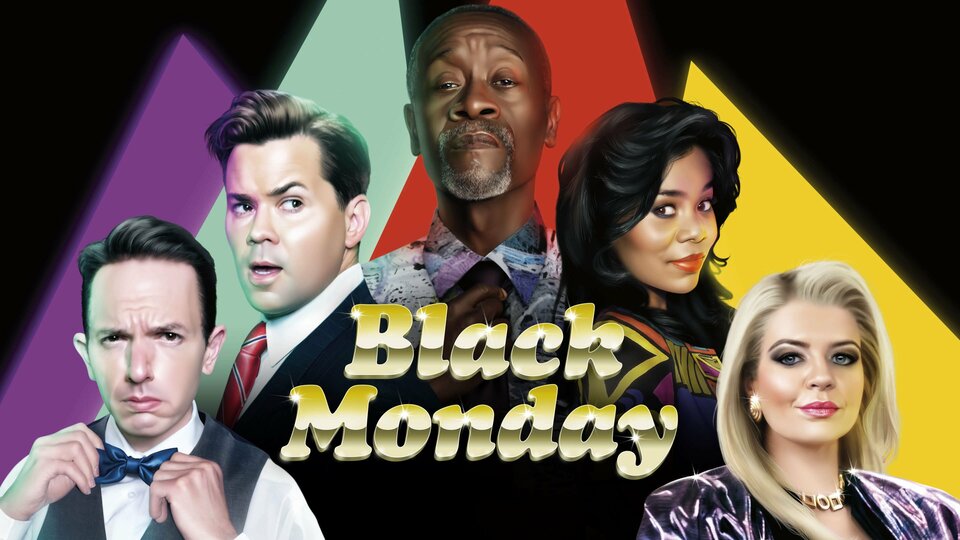