Katey Sagal Teases a Tension-Filled Thankgiving With ‘The Conners’ (VIDEO)

Conner Family Tensions run higher than a thermometer in a Thanksgiving turkey during the November 19 episode of The Conners, and Katey Sagal has a front-row seat as Louise, the La Casita Bonita manager who fancies widower Dan (John Goodman).

She scores an invite to their holiday dinner — where Darlene (Sara Gilbert) continues to vote against the financial gamble of her sister, Becky (Lecy Goranson), and Aunt Jackie (Laurie Metcalf) reviving the Lanford Lunch Box restaurant. Sagal whets our appetite.

You’ve done comedy and drama throughout your career. This episode is a great mix of both.

Katey Sagal: That combination was one of the appeals of being on the show. They touch on real issues and then somehow come out laughing. [In this episode] I’m observing the family for the first time. Ultimately, they have a gathering that may not have been what they’d planned for, but it does have a resolution. It gets pretty dramatic in the middle. Is Jackie happy Louise is there?

No. It’s pretty interesting why she doesn’t like her. I don’t want to give that away.

Why does Louise think grieving Dan is someone worth waiting for?

She’s always had a thing for him. It’s like when you’ve had a crush on someone in high school; you kind of carry that in your brain and your heart always: “Gee, maybe that was the one.” He’s a good guy. At a certain point in your life, you realize that’s pretty valuable, to be around a good person. 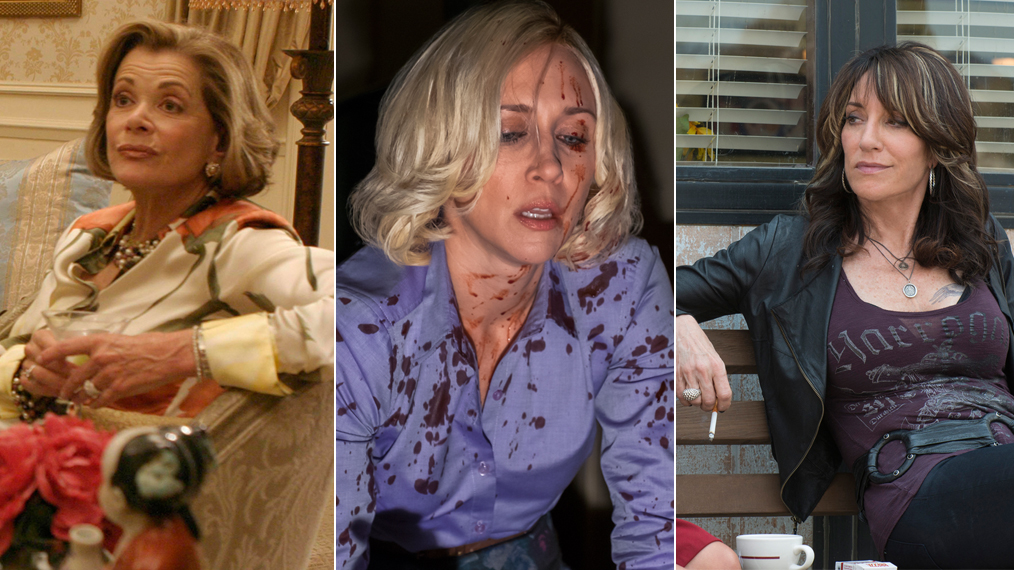 How often do you get asked about a Married…With Children revival?

Couple times a year. Everybody’s working, so it feels like there’s no time to do that. It’s funny: The Bundys probably couldn’t get it together.

Watch an exclusive sneak peek at the Thanksgiving episode: