Lucille is the mother of all narcissists, literally. The cocktail-swilling socialite is alternately smothering and dismissive, needling and neglectful, dropping devastating one-liners as casually as flicking the ash of her cigarette. And who can forget Lucille forcing Buster to attend that annual festival of dysfunction known as Motherboy?

Quote: "Everything you do is so dramatic and flamboyant, it just makes me want to set myself on fire."

Basically, she's Lucille Bluth with the U.S. Armed Forces at her disposal (or at least she did when she was president.) The egomaniacal Selina can barely be bothered to remember she has a daughter except when it's crucial to scoring a political point, and even then Catherine can't escape her mother's relentless undermining.

Quote: "Catherine, why is that your hair?"

Deep-cover KGB agent Irina Derevko only got pregnant to further cement her relationship with her clueless CIA agent husband. Then she fakes her death when Sydney is a kid. When she finally meets her daughter, Irina tells her she should have killed her as a baby, and then actually shoots her in the shoulder. Yet Irina's shifting loyalties and priorities make it difficult to gauge how she really feels about Sydney — until her final moments, when she chooses Rambaldi over poor Syd.

Quote: “I'm afraid I can't allow you to be such a complication in my life any longer. For whatever it's worth, I truly do love you."

Given the revelations that Norma’s childhood was punctuated by abuse and incest, it makes sense that she was, to put it mildly, a bit overprotective of her son Norman. Like, covering up his murders and letting him (as an 18-year-old) sleep in her bed overprotective. Norma didn’t have much use for boundaries, which came back to bite her when she tried to embark on a healthy relationship with a grown-up man who wasn’t actually related to her.

Quote: "Then we’ll always be together. Hmmm, won’t that be nice?"

Let’s put aside her penchant for mass murder, power grabs and incest. That Cersei loved her children fiercely is undeniable. That she turned a blind eye to her eldest’s faults and shaped him into a monster; that she was indirectly responsible for the murder of her middle child; and that she was directly culpable in the suicide of her youngest are also equally undeniable.

Quote: "Everyone who isn’t us is an enemy."

The manipulative Gemma helped orchestrate her first husband’s death, connived to have her son Jax murder her second husband and, upon believing that her daughter-in-law took a deal with prosecutors that would land Jax in prison, drowns her in a sink of soapy water and stabs her repeatedly in the back of the neck with a barbecue fork. A barbecue fork, people. And then, when Jax finds out that Gemma murdered his wife and decides to kill her, he loses his nerve at the last minute. So the ever-controlling Gemma essentially talks him into putting a bullet through her brain. Wait, does that make her a good mother?

Quote: "I love you, Jackson, from the deepest, purest part of my heart. You have to do this. It’s who we are, sweetheart."

Poor Franny. Her dad was a traitor, her mother a bipolar CIA analyst who, let’s not forget, appeared to consider drowning her as an infant. I would complain about Carrie leaving Franny in the care of her sister for long periods of time, except that when Carrie was actually caring for Franny, she let her stroke- and drug-addled friend without benefits Quinn babysit her, which turned into a bloody hostage situation after which Carrie, rather rightfully, lost custody for a while.

Quote: Carrie: "I had to go and there was no one else. Plus, Franny adores Quinn.”
Child services investigator: "I just got off the phone with the V.A. I understand that Mr. Quinn suffers from bouts of rage and depression, including violent outbursts."
Carrie: "He hated it at the V.A."
Investigator: "So you moved him into your house?"

Okay, it wasn't her fault that she got pregnant at 13 after being pimped out to an Atlantic City powerbroker. But that is no excuse for a thirty-something seducing her own son.

Many of the moms on our list love their children even though they had, er, unconventional ways of showing it. The bitter, vindictive and wholly toxic Mama Soprano doesn't love anyone, least of all her son Tony, whom she even plots to have bumped off. And yet through it all she always played the victim.

Narcissist, sociopath, seductress, puppetmaster, mollycoddler, murderer. Mom. Sure, Lori on The Walking Dead may have lost track of Carl a time or 10. On "The Wire," De'Londa Brice steamrolled Namond into the drug trade and then mocked him for being afraid of "baby booking" when he was busted. Petulant Betty Francis was so immature she moved in on her own daughter's child psychiatrist on Mad Men. But these women were model mothers compared to these nine monster matriarchs.

Click through the gallery above to see the nine worst moms in television history. 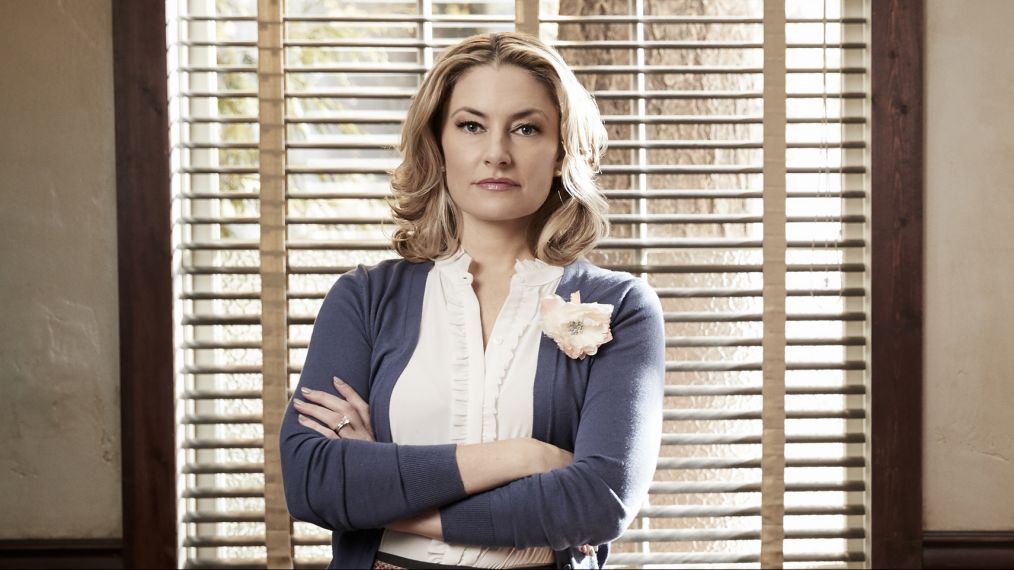 If you learn anything this Mother's Day, let it be not to mess with these TV mamas!