If you’ve had trouble saying goodbye to The Big Bang Theory imagine how creator Chuck Lorre must feel!

“I’ve had a couple of months to decompress from the sadness,” Lorre told TV Insider when we caught up with him at the PaleyFest Fall TV Preview for his latest series, Bob ♥ Abishola, which debuts on CBS on September 23.

“It was a real spiral after it ended, emotionally. The show had been a part of my life for 12 years every day. Even when we were on hiatus, we were always planning and working on the next year. It’s taken a while to get comfortable.”

His new gig, helming Bob ♥ Abishola, feels like home already as the series shoots on the same Warner Bros. stage that TBBT did. Also, Lorre tapped a familiar face, Billy Gardell, whom he cast as Mike on another of his hit series, Mike & Molly, to star in the comedy. Gardell plays Bob, a compression sock salesman who, after having a heart attack, falls for his nurse, Abishola, an immigrant from Nigeria, played by Folake Olowofoyeku (Transparent). “I’m a huge fan of Billy’s,” Lorre says. “He’s got a huge comic voice and also a lot of heart. There’s a vulnerability to the man onscreen and off. He’s a friend. He’s an unbelievable talent and I wanted him back on TV.”

Gardell tells TV Insider that he connected to Bob after reading the pilot episode script’s first nine pages. “Chuck changed my life in such a drastic way,” he says, referring to Lorre casting him on Mike & Molly. “If he’d come to me and asked me to change a tire on his car in his driveway, I’d have come over. Instead, he came to me with another magical idea and said, ‘I think you’re the guy for this.’ The show has so much heart and kindness. We need that right now. Find out who tells the best jokes and more from the stars of the new CBS comedy.

“I hit it off with Folake immediately,” Gardell says of his new leading lady. “The last time I hit it off with someone like that was Melissa [McCarthy] when she walked in the room for Mike & Molly. I felt this role was written for Folake.”

“It was easier than any audition I’d ever done,” Olowofoyeku says. “Billy comes in and he’s so cool and his energy is so kind and charming. He said encouraging words to someone he didn’t know. We did the test and it was fabulous.” While immigration is in the headlines these days, Lorre says his new series is not about immigration but rather immigrants. “We’re not talking about how people got here or any of those issues,” he says. “We’re talking about what people bring to this country once they’re here.”

Still, the man who made nerds cool and showed that even dysfunctional families can be loving and lovable says that that his idea for Bob ♥ Abishola was born out of his admiration for immigrant families who come to the United States and work hard with “discipline and integrity” to make their children’s lives easier.

“I find that very admirable,” Lorre says. “And I wanted to put that on TV somehow.”

It’s not uncommon for patients like Bob to fall romantically for medical personnel who save their lives. Is that what’s happening here with Bob and Abishola? Will his feelings for her subside as he recovers from his heart attack? Is Abishola wondering if Bob’s interest in her is fleeting?

“We ask all those questions,” says Al Higgins, the series’ co-creator and executive producer. “It’s not a ‘love at first sight’ story. It’s more of a ‘What was I thinking by pursuing this woman?’ story. Bob doesn’t want to be creepy about it. By the third episode, they bring up their relationship and say, ‘This doesn’t seem right.’” Hopefully, that won’t lead to any kind of permanent split as both Bob and Abishola, along with everyone else, deserve love.

“Chuck’s theme throughout all his shows is humanity,” Gardell says. “He finds the human element and the common threads that exist in all of us. Everyone in this world, I feel, wants the same things in life – love, a place to live, to be able to afford that place, and maybe have a family. If you have somebody at the end of the day to hold hands with then, you win!”

“We’re going to learn that we all share the same things in common,” concurs Olowofoyeku, adding with a smile, “And [viewers] will learn a lot of Nigerian culture, and 2, 4, 5 or 20 words in Yorba.” 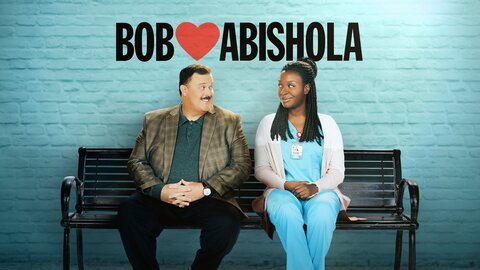