“You think you know but you have no idea, just because you have your own ghosted experience doesn’t mean it’s like the next,” Lindsay told TV Insider. “The outcomes will surprise you because they surprised us as we were going through it.”

And Mills is hoping people “watch the show with an open mind.” “I hope it’s well-received and people learn something from this and see the effects that ghosting really has on people long-term,” he said.

Here, Lindsay and Mills preview the MTV series and reveal if they could handle being the Haunted or the Ghost themselves. What drew you to this kind of show and why was doing it so important to each of you after your past gigs?

Travis Mills: After having Rachel on my podcast and us talking about our personal ghost stories, it just made a lot of sense. We realized we weren’t alone and this is honestly becoming an epidemic. … Having gone through those experiences ourselves, we felt like we were the perfect people to team up and do this together.

Rachel Lindsay: Having your own experience, talking to family and friends, and realizing there are other people who are going through this. They’re talking about it. Nobody’s doing anything about it. Why do we not tackle this thing? What is the problem? … This show really captures the essence of that and trying to figure out why people ghost. Why has this become so widespread? What do each of you bring to the show that the other one may need to hear, whether it’s playing devil’s advocate or something else?

Mills: We’re not afraid to disagree.

Lindsay: We both alternate on the good cop/bad cop. Travis and I have a lot in common, but we also bring different life experiences to each case that we have. We’re able to provide a different perspective.

Has doing this show changed your perspective on ghosting? Are you less likely to ghost someone yourself or more likely to understand why someone has?

Mills: I wouldn’t say this show’s changed my perspective, but enriched it. It’s brought on a lot of empathy. It truly is something that I want to say at least 80% of people have struggled with. I bring this show up and everyone has a ghosting story. What we’re finding in a lot of these cases with the individual who actually ghosts is that oftentimes, it has nothing to do with the person they ghosted. It has everything to do with something they’re struggling with themselves. Lindsay: It’s just helped me realize how deep this issue is and how vast it is. Everyone has a different reason for why they decide to ghost, and I thought it was limited to the experience that I had. I’m realizing that it does have to do with friends and family as well, and it’s not just about lovers. I think that’s what’s great about the show. Every single episode is different.

Would either of you be able to handle being the Ghost or the Haunted on this show?

Lindsay: I would much rather be the Haunted than the Ghost. I don’t know how I would [deal with] someone wanting to reach out to me if I had a legitimate reason for ghosting them. But having been ghosted, I can see why you need that closure and those answers to move on with your life. Mills: I would definitely prefer to be the Haunted. Ghosting is not acceptable. People keep asking us, “Is there any acceptable reason to ghost?” I think honestly really the only one is domestic or emotional abuse, any type of abuse, no explanation is needed. Obviously, we would never, ever put someone in a dangerous situation like that on the show.

You’re on the Haunted’s side, but did either of you find yourself on the Ghost’s at any point?

Mills: I don’t think it’s always as black and white. Rachel and I are never out there to pick sides. We’re there to investigate a story and uncover the truth and hopefully bring both of these people some closure.

We keep it real with the people we’re helping. If somebody is coming in hostile, doing a little too much, we’ll tell them, “Hey, you need to calm down when you go in here and have this conversation because they’re not going to respond well to that.” So there’s a lot of big brother and big sister moments that we have.

Not all seasons have had a happy ending, and not all former leads are happy with their time on the show.

Rachel, how do you think your time on The Bachelor and The Bachelorette helped you on this show?

Lindsay: Even though both shows deal with relationships, they’re very different. Being the Bachelorette, you have to navigate so many different relationships, and you have to handle different personalities and different situations. It’s also your goal to get people to express how they’re feeling and get them to reveal things to you.

That is very similar to Ghosted because we’re having to investigate, and not just do research on social media. We’re also having to talk to family and friends and try to understand why this person was ghosted. At the same time, we’re trying to push the Haunted to be honest with us because a lot of times, you see that people don’t want to give you the whole truth. It’s our job to bring that out of them and allow them to trust us with this case so we can get them the answers they need.

Travis, how do you think hosting your radio show and podcast helped you?

Mills: Just me being able to talk to literally anybody, me being able to find common ground with anyone I have a conversation with and see things from their side. Traveling has helped me immensely too, just understanding different cultures and people from different backgrounds. 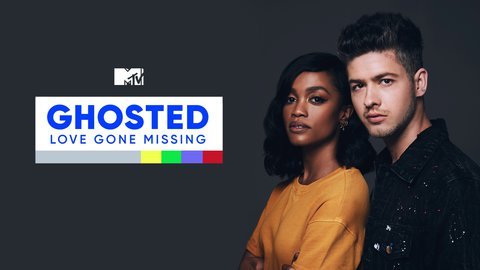