The Season 1 finale threat may not be over.

As everyone worries what will happen to Tim (Eric Winter), who collapsed despite receiving a possible cure for the virus, the promo for The Rookie Season 2 teases that there may be a new angle to the case.

John Nolan (Nathan Fillion) hits the streets and is all too eager to leap into action — despite the danger — but will he regret not waiting? Watch the trailer below to see what he and the rest of the officers will be facing in Season 2.

In the new season, John is six months into his career as a cop and still the oldest rookie in the LAPD. He’s used his life experience, determination, and sense of humor to keep up with those 20 years younger. Now, he’ll be tested by new challenges, romantic relationships, and deadly criminals as he tries to figure out the kind of cop he wants to be.

And he’ll be doing that without his training officer, Talia Bishop, as Afton Williamson left the series between seasons. She claimed that her harassment complaints went unanswered. We already know how the series is writing her out: a transfer to a federal agency.

“Our strength … is that we really do the unexpected and character work masquerading as a cop show,” showrunner Alexi Hawley told TV Insider. “The more we can dig into what’s going on behind the badge while we’re having fun outside, that’d be great.” 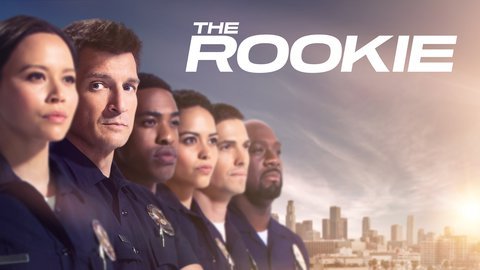