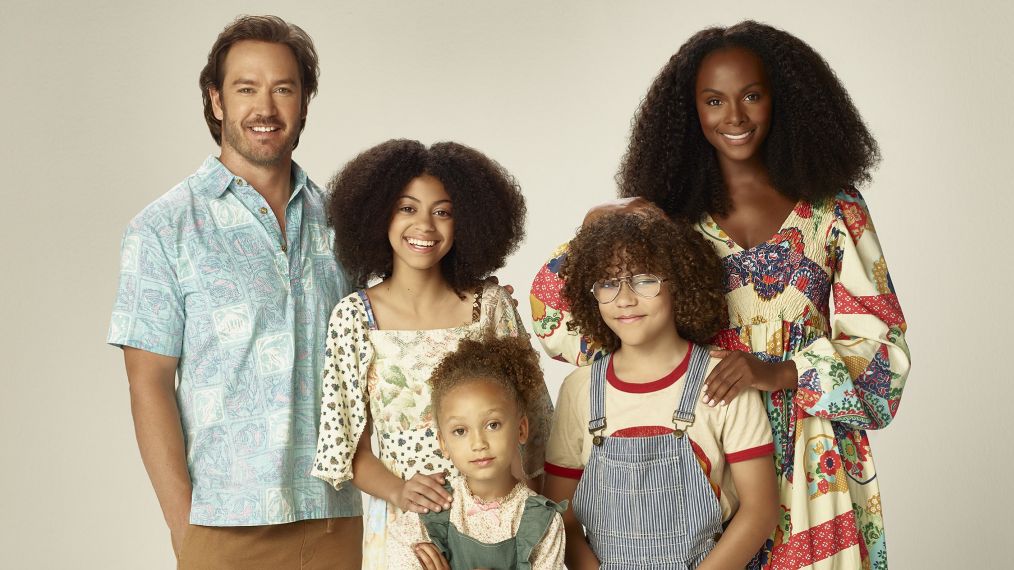 Young Bow, as she's nicknamed, and siblings Santamonica and Johan (Arica Himmel, Mykal-Michelle Harris and Ethan William Childress, above) move with their free-spirit parents Alicia and Paul (The Haves and the Have Nots' Tika Sumpter and Mark-Paul Gosselaar) from a hippie commune to the suburbs, where the kids quickly find they don't fit in with either their black or their white schoolmates.

"Even on black-ish, we haven't completely explored [being mixed]," says exec producer (and narrator) Tracee Ellis Ross, aka adult Bow on the original. "This is an opportunity to unpack that in a much larger way."

Mid-'80s headlines — "things like the Challenger explosion, drugs and affirmative action," per exec producer Karin Gist — will be incorporated in a relevant yet funny way. From 'Batwoman' to 'FBI: Most Wanted.'

But the title subject matter is apparent from the get-go: Mariah Carey, who is biracial, belts the catchy theme, "In the Mix." A guest spot could be next. "She's expressed interest," confirms Gist. "It would be fantastic!" Or, at the very least, fantastic-ish.

Worth Watching: Randall's Trauma on 'This Is Us,' MLK Jr. Day on 'mixed-ish,' 'Project Blue Book' Tackles Roswell