Is Ageism a Factor in CBS Cancellations?

Question: I am sad about CBS cancelling Instinct and Elementary and The Code. How much do you think these decisions have to do with the supposed “aging” of their audience? I know it’s a ratings-driven business, but good television is good television, regardless of the age of the viewers. Thank goodness Love Island was a gigantic flop, and I imagine Big Brother is still on the air largely because of Julie Chen‘s CBS connections. If I want to watch reality TV, I’ll turn to the news. — Gwen

Matt Roush: To answer this properly, some distinctions need to be made. Elementary wasn’t so much canceled as given a final season — its seventh, which is a decent run for any series — to give the show proper closure. We’ll miss it, but it’s different from a show being yanked after a single season (The Code) or two (Instinct) that each aired at least partially during the lower-volume summer months. All of these decisions were at least partly determined by ratings, but of all of the broadcast networks, CBS is the least bound by demographic blinders. They celebrate when any of their shows are embraced by younger viewers — which is why Love Island, despite disappointing numbers, has been renewed for next summer, and why Big Brother continues to thrive. (Julie Chen Moonves’s network connections aren’t what they used to be, just saying.) But CBS still operates more often than not as a broadcaster, a purveyor of mass-appeal TV, and if the audience is big, even if skewing older, as is the case with many of its procedurals — of which, to be honest, there are too many, ergo these casualties that can’t find traction — the network tends to stick with them, at least up to a point. (When a show nears its seventh season, economics tend to favor easing mid-range shows toward their end point, i.e., Elementary). The cancellation of Instinct struck a nerve, though, and here are a few of the early reactions.

Question: Why is CBS not renewing Instinct? It is one of the best shows with good stories, great chemistry and just enjoyable to watch. We do not need another reality show. — Barbara

Question: Can it be true? Are they really canceling Instinct? This was the best show on TV. How can they do this? I am so sad. There go my Sunday evenings. — Ruby

Matt Roush: According to trade reports, Instinct lost almost half of its first-season audience, which may have something to do with its late launch this summer; much of the first season in 2018 aired in-season, when viewership trends higher. It does feel like the show wasn’t given much of a chance. But I’d like to share star Alan Cumming‘s gracious thoughts on social media: “I’m grateful for two seasons of fun and gore and feeling like a dandy… I’m also proud to have played the first-ever leading character in a U.S. network drama who is gay. Yes, really, Because of Instinct, millions of people will have seen a same-sex marriage portrayed for the first time and I hope we changed and opened some minds in the process.” Hear, hear.

Enjoy it while you can. What is now the series finale airs Sunday at 9/8c.

Yellowstone Is Easy on the Eyes

Question: Just want to say how much I enjoy Paramount’s Yellowstone. I love seeing all the horses running around, all the scenery is breathtakingly beautiful, the plot is very far-out, but historically TRUE, even the music is exceptional! This is a series that will endure thru the ages! It’s not to be missed. I love it! — Mary Jane

Matt Roush: While I did get initial pushback during the first season over the show’s graphic language and dark tone of the storyline, the feedback this season has been way more positive. And I agree about the glorious photography, which extends to the cowboys’ antics and milieu, the part of Yellowstone I find myself enjoying the most. Maybe because actual TV Westerns are so rare anymore. Program note: Yellowstone‘s season finale is Wednesday, Aug. 28, at 10/9c.

But What’s with the Sibling Hostility?

Question: I’ve watched Yellowstone from the beginning and simply cannot understand Beth’s near-maniacal hatred of her brother [Jamie]. What am I missing? — Dale

Matt Roush: I’m thinking there are depths to the Dutton family’s dysfunction we have yet to explore, which is why it’s a good thing the show has been renewed for a third season. In a “Behind the Story” featurette, Kelly Reilly (Beth) recently suggested that “what’s important to Beth… is loyalty and selflessness, and they are two things that Jamie doesn’t hold within himself. He’s incapable of it in her mind.” I’ve always felt that Beth sees weakness as well in her brother, and given her combative nature, she exploits it every chance she gets, with contempt for the path and bad decisions Jamie has made in life. Compare that with her respect for Kayce, whom she worries will turn into a replica of their father if she can’t urge wife Monica to take him off the ranch, feeling both are too good for this damaged family. Beth is a complicated handful, and I hope they get to the bottom of your perceptive question as time goes on.

Where Are TV’s Fun Mysteries?

Question: Not sure if you’re a fan of those fun, family-friendly mystery series from the ’80s that always had older stars in them like Murder, She Wrote, Matlock, Father Dowling, etc. but those type of mystery shows seem to be extinct. Now all we get is these dry and maudlin procedurals that some people seem to mistake for entertainment. I was wondering is there any classic murder mystery show like those I mentioned anywhere? — O’Hara

Matt Roush: Your best bet is probably to check out the light mysteries airing on Hallmark and its Movies & Mysteries offshoot. The leads tend not to be quite as vintage, or memorable, as Angela Lansbury and Andy Griffith in their heyday, but they’re not as grim and glum as many of the formula procedurals on the broadcast networks. 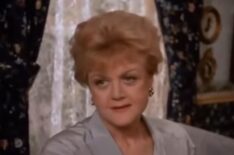 Question: Will The President Show with Anthony Atamanuik be returning to Comedy Central, or has it been canceled? — Ve

Matt Roush: This doesn’t appear to be in the pipeline at present as a regular fixture anymore, but after The President Show stopped airing weekly in 2017, Comedy Central ordered two specials that aired in April and October of last year. While nothing new has been announced, it wouldn’t surprise me if Atamnuik is called back into action when the election cycle heats up, either on Comedy Central or some other platform to continue his broad impersonation. (Although honestly, the genuine article almost defies caricature.) 'Instinct' Reveals the Sleeping Beauty Killer — Who Will Be His Next Victim? (PHOTOS)

Question: Living as I do in my own happy bubble, I was totally unaware of the wonderful Michael C. Hall show Safe. My husband and I just finished binging it, and I am even more addicted to Hall than after Six Feet Under and Dexter. The show was brought to a satisfying conclusion. But I’m wondering: Is there any way they can and/or will bring it back for a second season? How were the ratings? And if not, do you know what Hall will do next? — Linda

Matt Roush: Netflix rarely gives insights into ratings, but that might be immaterial for this thriller from the prolific Harlan Coben. Seems that Safe was designed to be a limited series with a distinct beginning and end, and at present it doesn’t appear that there are plans for a second season. As for Hall’s next TV project, he will appear with Taylor Kitsch in another international co-production, Shadowplay, a period thriller set in post-war Berlin in 1946. No U.S. distribution deal has been announced yet as far as I can tell.