How ‘Undone’ Is Different From Other Adult Animation Shows

Mental health and parental death aren’t normally at the heart of half-hour comedies. The animated Undone, however, tackles both head-on.

Sarcastic 28-year-old preschool teacher Alma Winograd-Diaz (Rosa Salazar, above), who’s afraid she’ll become schizophrenic like her grandmother, is involved in a terrible car crash and subsequently develops an altered perception of reality. She begins conversing with her late father (Better Call Saul‘s Bob Odenkirk) and, at his urging, starts to investigate the circumstances around his death.

That mystery “gives Alma a reason for wanting to believe that what’s happening [to her] is real,” says executive producer Raphael Bob-Waksberg. The laughs, he explains, come organically, from a look between characters or “a slightly off phrase.” Rotoscope animation enhances the saga of Alma, a woman who starts seeing her long-dead dad after a mysterious car crash.

The animation is done via rotoscope, which traces over live-action footage, frame by frame, to give a more realistic look. “We’re pushing the edges of what is expected of adult animation,” says Bob-Waksberg.

Not to mention adult comedy. 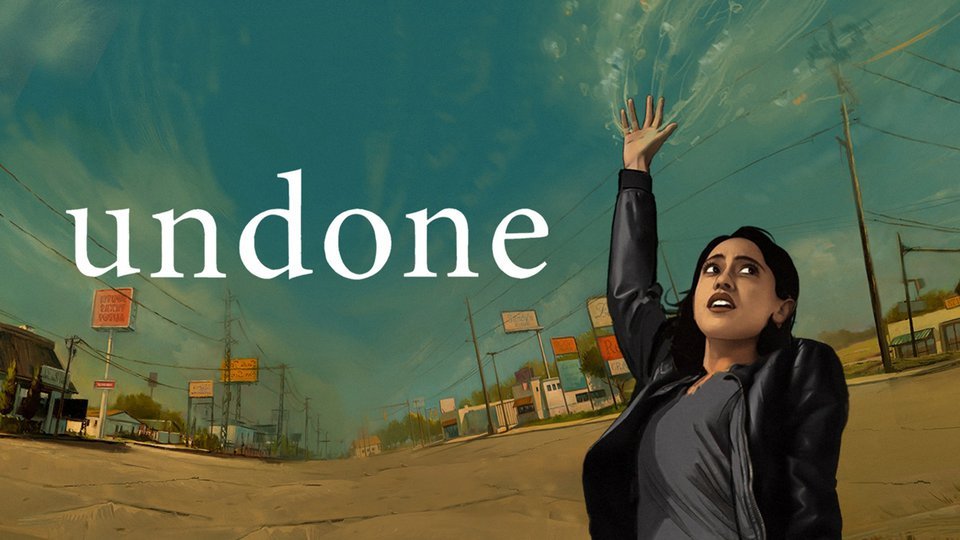 Undone where to stream