Life after loss is never easy. But as CBS’ new warmhearted comedy The Unicorn hopes to show, with more than a little help from your family and friends, it’s possible to laugh — and maybe even love — again.

Justified‘s Walton Goggins stars as Wade Felton, a widower so adored by his community that he and his daughters (Ruby Jay and Makenzie Moss) still have a freezer full of meals prepared by neighbors a year after his wife’s death.

Wade’s closest pals, married couples Forrest and Delia (Rob Corddry and Michaela Watkins) and Ben and Michelle (Omar Miller and Maya Lynne Robinson), encourage him to reengage with the world, starting with an attempt at online dating.

Since Wade is such a rare catch (aka the unicorn), we asked Goggins to fill out a dating profile as his character so we could get to know him better.

What five words would your best friends use to describe you?

Walton Goggins: They would all agree I’m earnest, hardworking, kind, a really good cook and funny. Well, that’s not true. Michelle would think I’m funny, but Delia probably wouldn’t. But she’s not really that funny either — she’s a doctor.

How would your kids describe you?

They would say, “Our dad loves dogs, he loves us, and plants — oh, he loves plants. He has bad taste in music and can sometimes get overly sentimental, but we love it. And we love him. Oh, and he’s a bad cook.” My children, my friends, and the Fleetwood Mac reunion tour box seats my friends got me for my birthday.

Would you describe yourself as a romantic person?

Yes, I think so. I think my wife would say I am. Did I mention I’m married … was married. You know what, it’s a long story.

What are you looking for in a match?

Someone who likes children — teenage children — is a must. And likes meeting new people, like my friends. And Fleetwood Mac. I’d love someone to go to a concert with me. And last, someone who has a strong sense of who they are. Because I’m still trying to figure that out. And they can be anything, BTW. 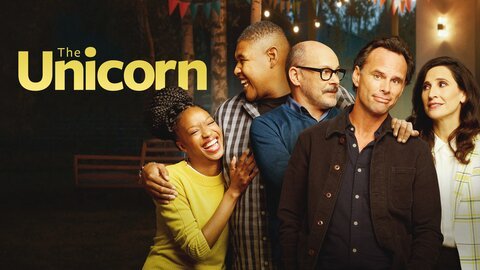