Twenty years ago next month, a show called Freaks and Geeks debuted. Nobody had seen anything like it on TV — an hourlong comedy-drama about 1980s high school outcasts that could often go to dark and painful places.

Most of the cast — which included James Franco, Jason Segel, Busy Philipps, Seth Rogen, and Linda Cardellini — became major stars. It drew rave reviews, but viewers weren’t ready, and NBC canceled the series over halfway through its 18-episode season. Still, its brief run changed the face of television and made shows from Veronica Mars to Stranger Things possible.

Creator Paul Feig, now a director known for films such as Bridesmaids and the Ghostbusters reboot, muses on the show and its impact.

My frustration back when I created Freaks and Geeks was that TV shows about high school were populated with [actors] in their late twenties and early thirties, and the plotlines were fantasy fulfillment. Everyone was just so mature and cool. They were cool with sex. And if there was a nerd in the show, he had taped-up glasses. That was not anybody I knew in high school. 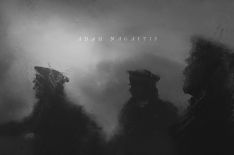 My friends were just awkward and weird like me. I wanted to tell our survival stories. Like the day I actually bought a disco jumpsuit. I thought it was the greatest thing ever — until I wore it to school. That became the episode that featured the Parisian nightsuit.

The tone we hit hadn’t been seen a lot. Either you did a drama or a comedy. We strove to be funny, cringey, and heartbreaking. At the beginning, the writers just told each other stories of their actual experiences and we’d go, “That’s the most horrible story I’ve ever heard. We have to put it in the show!” So the audience is laughing and then suddenly horrified or sad. People weren’t used to it back in 1999. Now that tone is everywhere, and in a great way. I feel like a lot of young-adult streaming shows got some inspiration from us. They go deeper and darker than we did into things like sexuality, but in a funny way where it’s relatable. You laugh, cringe, and see your past self.

Another thing that made us different is that we cast people who felt real and had talents beyond acting. I remember Seth Rogen sidling up to [exec producer] Judd Apatow and saying, “My friend and I wrote this script about these guys trying to buy beer.” Little did I know it would turn into [the 2007 comedy] Superbad. Two days before we got canceled, my mom died out of the blue. I was emotionally spent from it, at my father’s lawyer when I got the call. Not only did I lose my mom, but I felt like my whole family had been taken away: The characters had become so real. When they were taken away, the loss was devastating.

If the show had been on even five years later, we could have probably legged it out. I get offers to do a reboot or revival quite a lot, but I get very nervous about bringing something back. Oftentimes I’m really happy that we made just 18 episodes. The quality never dropped. I wrote the last episode — and directed it — knowing it was the last one. I think it’s as good an ending as it could’ve been.

—As told to Kate Hahn

Freaks and Geeks where to stream