Burden of Truth Season 2 is just kicking off on The CW and Joanna’s (Kristin Kreuk) life is already in danger!

Joanna is working at a new law firm in the new season, but one of her new clients, brilliant young hacktivist Noah (Varun Saranga), gets her in trouble in TV Insider’s exclusive sneak peek from the premiere, “Salesmen, Cheats and Liars.” Taking on this case leads to Joanna being dragged into a dark world of secrets that will turn her life upside down, and based on the clip, it looks like that’s already begun.

Joanna’s on her way to her car when Noah startles her. Though she threatens to call the police, he’s there to apologize and explain why he didn’t take down his app. “The code is a data-gathering algorithm capable of self-learning,” he says. “It was used by the military, but it’s been recalibrated to detect anything.” (Cause One Productions Inc. and Cause One Manitoba Inc.)

It’s been weaponized and put into a video game — and that’s just the beginning. Watch below to see why he can’t go to the police and why Joanna is now in danger. 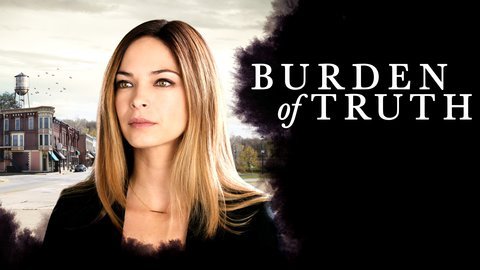 Burden of Truthwhere to stream