In Netflix’s just-released comedy, Red Band Society alum Zoe Levin stars as Tiff, a grad student-by-day, dominatrix-by-night, who recruits old high-school pal Pete (Heathers‘ Brendan Scannell) to be her assistant. And while yes, certain wackiness does ensue — The Good Place‘s D’Arcy Carden guests as a client — so too does a portrait of a young woman not just owning her power but also helping others relinquish their own.

Whether she’s in cracking a whip or stuck in a classroom, Tiff takes no prisoners (unless they ask) and Levin is so damn good at straddling both worlds, we’re pretty sure viewers will be saying “Yes, please…more!” after bingeing the seven-episode series. Here, she explains why this gig, above all, fits her like a rubber corset.

I can imagine scripts and roles like this are very rare.

They are. They’re super, super rare. I mean, it’s kind of the genre that I’ve been tossed into the most, this dark-comedy vein. And it’s the thing that resonates with me the most. When I get a script like this, I just go like “Oh, this is totally me.” And I just hope and pray that the director sees it the same way that I see it. And luckily, Rightor [Doyle, creator and EP] did. And I kinda came into the process very late. I got scripts like a week before production and sent in an audition tape. Plus, check out some sneak peek photos and find out when it premieres.

Yeah, and Rightor was in New York and they called me the next day in L.A. and was so sweet to me on the phone. He gave me so much confidence. He was like, “I started crying when I saw your audition tape.” I was like, “Oh my god!” It was serendipitous.

Wow. So Brendan was already on board there? S0 this is inspired by Rightor’s actual past as a dominatrix’s assistant. Is he still in touch with the woman your character is based on? What I love about Tiff is she’s not like this mousy, quiet type in her day-to-day life. She’s actually a pretty strong character outside of the job.

I’m assuming that your dom costumes were like the Hollywood-ized versions? So they’d be more comfortable.

That’s insane. Let’s talk about the arc of this character because it’s a wild ride, these seven episodes. Yeah. I think the best part about the arc of the character is what happens when Pete comes into her life. At first, she’s kind of being manipulative and using him, being in control of the situation. But what ends up happening is that all the walls start breaking down when she realizes that she has this true, authentic friendship in her life. And that’s really where things start to unfold, and she starts to learn to be more honest and truthful about how she’s feeling inside. It just all comes out in that friendship. Did you go to clubs or experience anything in the S&M scene?

These are shorter episodes than most comedies, and it’s kept tight. How long did it take to shoot this whole thing?

We shot in 20 days. Yeah, it was a whirlwind. And Rightor was genius. He knew exactly what he wanted, he was so on top of it. You would think he’d been working as a director for years and years and years. And he just killed it.

And did you and Brendan have to go through any kind of like bonding experiences of your own? To have that level of friendship that you bring to screen? Like did you go out and just get hammered?

I mean, Brendan and I didn’t have much time before we started shooting. So honestly, it was because the production was so tight and like we didn’t have our own trailers, we sat in these shitty apartments in New York and huddled in the corner by a heater. And Brendan was so nice to me and taking care of me. He’s so cool and collected and confident and I’m more like anxious type. I’m more like Pete in real life. He’s more like Tiff. So, it was funny once we cut, the opposite came on. He was constantly I was making sure I was okay, and I was going in for validation. It was a fun dynamic and I think we just got into the groove really quickly. Kiefer Sutherland recaps the first two seasons of the series in a new promo. Did you take anything from the set as a memento?

You know, they probably hear that all the time in Hollywood shops like that. 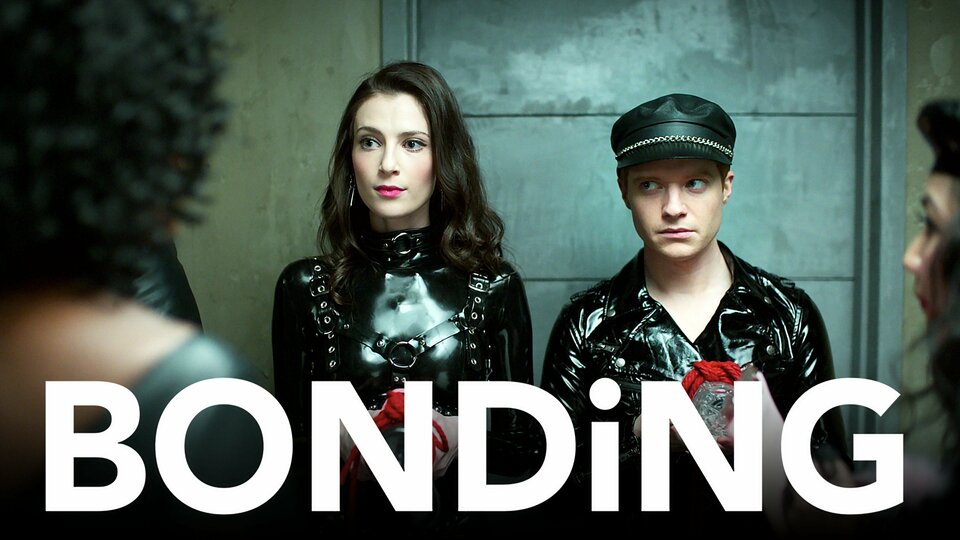 Bonding where to stream