On TV’s perennially popular Judge Judy, verdicts are rendered by Judith Sheindlin, the legendary take-no-prisoners veteran of New York City’s criminal justice system. But the order in the court? That comes courtesy of Petri Hawkins Byrd, the only bailiff the series has known in its 23-year run.

“I’m the cool to her hot,” says Byrd (above, with Sheindlin). He makes sure the proceedings stay civil, even when Sheindlin delivers her trademark tongue-lashings to clueless litigants. During Judy’s reign as daytime’s No. 1 show in first-run syndication for 10 consecutive seasons, the affable Byrd has become a star.

Judge Judith Sheindlin shared the news that her show will conclude next year during a taping of 'Ellen.'

How the perfect partnership began

The pair’s unforced rapport dates back to 1986, when Byrd served as an officer in Sheindlin’s Manhattan court. From the first, he says, their shared “no-BS, Brooklyn sensibility” made their case days play out with humor.

Then, in 1995, while working as a student counselor at a Santa Clara, California, high school, he noticed a newspaper story about his old boss getting her own court show. Byrd sent a congratulatory letter, joking at the end, “If you need a bailiff, I still look good in uniform.” What’s the secret to their success?

To his shock, Sheindlin reached out. “She said, ‘As I remember, you’re kind of crazy. Well, if you’re crazy enough to try this with me, I’ll recommend you for the job,’” he recalls. She did, and the pairing clicked. On one of their first-ever cases, a defendant was trying to deny culpability, Byrd says, “and the judge looks at me and goes, ‘SODDI.’ And I looked at her and said, ‘Yeah, Some Other Dude Done It.’” Chemistry test: passed!

The perks of the gig

Byrd loves his job, working four to six days a month in Los Angeles, listening as Sheindlin goes through as many as 10 cases a day — a much faster pace than other court shows, he brags. That leaves lots of time for family (he recently married a longtime producer on the show), giving back (Byrd cochairs the OK Program, a black male mentoring initiative) and performing out of uniform, from stand-up comedy and singing to acting. Maintaining the belief that “You never know if you’ll be working with the next Spielberg,” he has taken roles in small films and even student productions. And in a sweet bit of near-typecasting, he’s played a judge twice!

One opportunity led to a cherished friendship: Five years ago, he introduced a film for TCM alongside renowned host Robert Osborne. (Byrd chose the 1966 jazz drama A Man Called Adam.) Afterward, he recalls, “Every time I would go to New York, we’d go out and have something to eat.” Osborne’s regard was such that the day before he died in 2017, he asked his assistant to call. “He said, ‘Mr. Osborne is too sick to speak to you, but he insisted I give you this message: Though we haven’t known each other that long, I consider you a lifelong friend.’”

Standing tall in front of 10 million viewers draws Byrd plenty of fans. One woman even wanted his autograph for her sick dog. “She said, ‘Every time you come on, he stands up and goes over to the TV. He’s scared of [Judge Judy], but he finds some solace in you,’” Byrd notes. Hey, don’t judge. 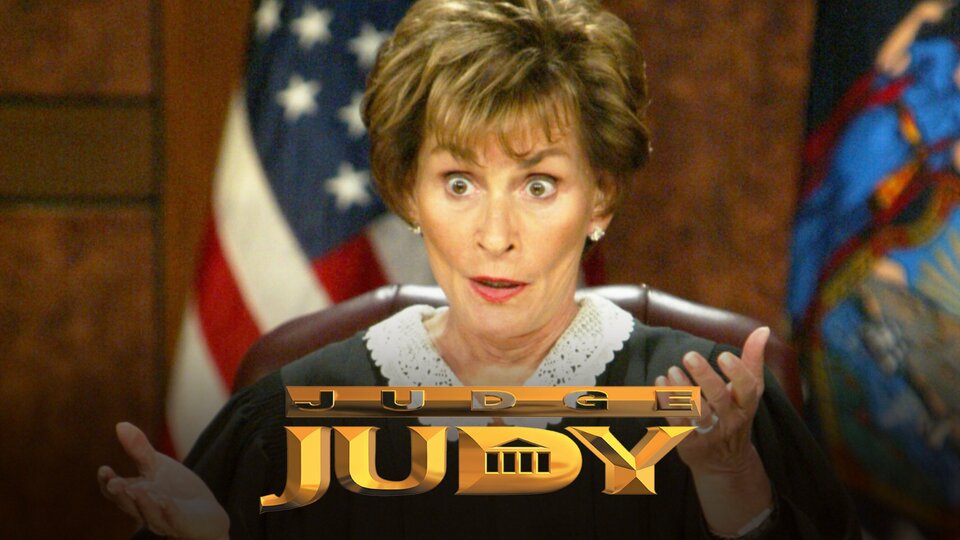 Judge Judy where to stream