He is Nandor the Relentless and…well, at least he looks fierce.

The old-world imbecile (Kayvan Novak) may think he’s the coldhearted leader of horror-com What We Do in the Shadows‘ trio of Staten Island bloodsuckers — but we wonder how much bite he would really have if it weren’t for the very modern miracles created by the show’s hair, makeup and costume crew.

Makeup must reflect vampires’ no-sunlight rule. “Their skin is pale,” says department head Katie Brennan, “so they are kept a little dewy to offer character.” Roush Review: 'What We Do in the Shadows' Mashup of the Macabre & Mundane Remains Wonderfully Fresh

Adapted from the 2014 mock-documentary cult film, the new 'Shadows' moves the action from New Zealand to New York City.

Ve vant to understand the dialogue, so prosthetics pro Paul Jones skipped mouthpieces and used individual canine fangs “sculpted in clay, molded in silicone and then reproduced in a hard dental acrylic.”

Costumer Amanda Neale based the 14th-century Turk’s leather-fastened tunic resembling a breastplate “on the armor they would have worn then.” Neale created spares of this upholstery-velvet cloak with hand-stitched embroidery. One has holes poked in it to allow Novak to fly. ‘He’s in a harness a lot,” she says.

Because dark sets and lighting predominate, Neale “avoided blacks [for] dark greens, browns and even, as you see in his cloak, jewel tones.” 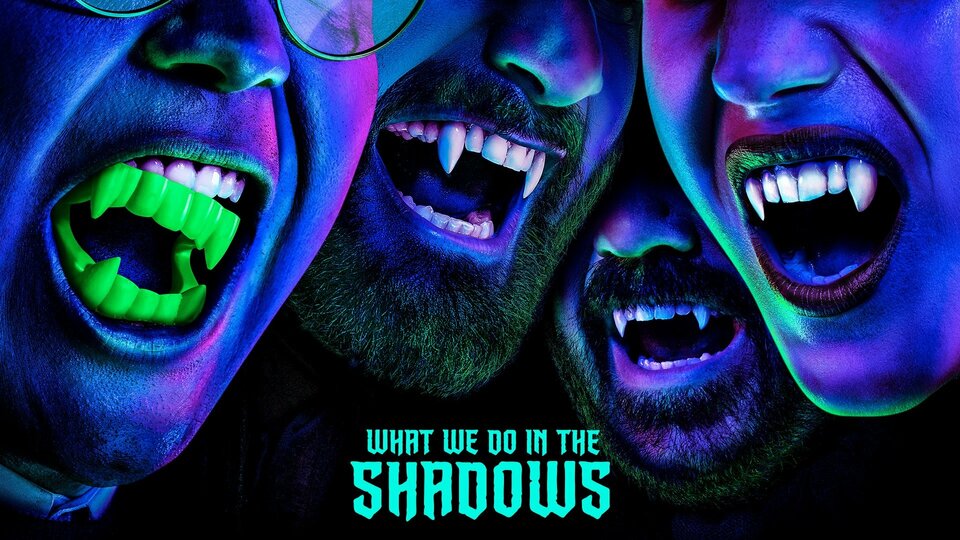