The hero in the blue bug suit (Peter Serafinowicz) and his moth-outfitted sidekick, Arthur (Griffin Newman), are back and ready to rock the crime-fighting biz in The Tick.

“That’s their mission,” says Ben Edlund, creator of the popular comic book property. “They try to build their enterprise.” 'The Tick' is now streaming on Amazon.

Having bested the Terror (Jackie Earle Haley), the partners meet a wave of new faces, both good and evil, including the Terror’s ex-accomplice, Ms. Lint (Yara Martinez). Thankfully, Edlund upped the heroics for Arthur’s sister Dot (Valorie Curry), because the guys will need backup.

“There are threats from every direction,” he warns. 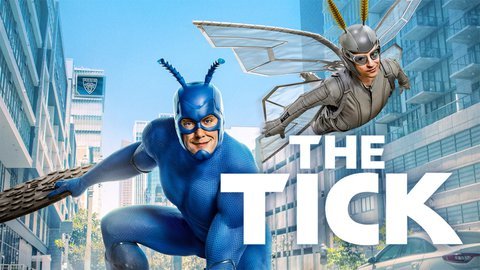